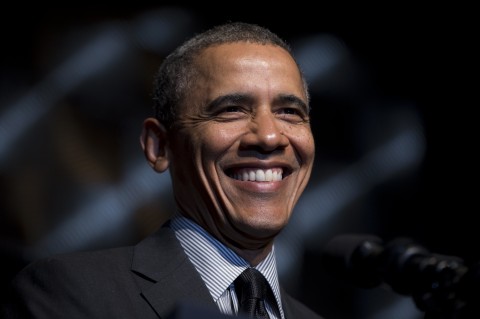 Last August, the Obama administration admitted that it had secretly arranged a plane delivery of $400 million in cash to Iran. The money was flown into Iran on wooden pallets stacked with Swiss francs, euros and other currencies.

What did Iran do with the money?

According to a Saudi Arabian newspaper report on April 25th, Hezbollah had received $600 million worth of Iranian aid. The Al-Youm newspaper reported that the aid was transferred almost completely in hard cash, and is being used for the terror group’s institutions and salaries paid to its terrorists and their families.

Hezbollah is a terrorist organization that is headed by Hassan Nasrallah, its Secretary general. It was conceived by Muslim clerics and funded by Iran primarily to harass the Israelis who had entered Lebanon to increase stability in the north. Its leaders were followers of Ayatollah Khomeini, and its forces were trained and organized by a contingent of 1,500 Revolutionary Guards that arrived from Iran with permission from the Syrian government, which was in occupation of Lebanon at the time.

Hezbollah receives money from several sources including monies received from Shiite businessmen abroad, charity taxes, profit from Shiite websites in Iraq; and money received from Shiite imams in Iraq and abroad.
Last summer, candidate Trump remarked, “We paid $400 million for the hostages. Such a bad precedent was set by Obama. We have two more hostages there right? What’s are we going to pay for them? What we’re doing is insane.”
So far President Trump has not commented on the fact that most of this money ended up in the hands of Hezbollah.