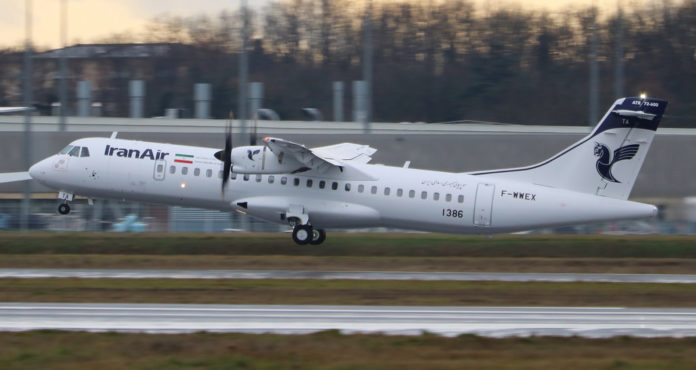 Iranian state media says four ATR 72-600s are being delivered, the first installment of a deal with the French manufacturer to purchase 20 passenger planes following the lifting of sanctions under the 2015 nuclear deal.

The IRNA news agency said the first plane landed in Tehran early Wednesday, with the other three expected later in the day. The planes were officially given to Iran Air in a ceremony Tuesday in Toulouse, where ATR is based.

Iran Air finalized a deal last month with ATR for 20 twin-propeller aircraft, with an option to buy 20 more. The planes are worth $536 million at list prices, though customers usually negotiate discounts.

Since the nuclear deal, Iran has signed billion-dollar deals with Boeing and Airbus to replace and upgrade its aging commercial fleet.