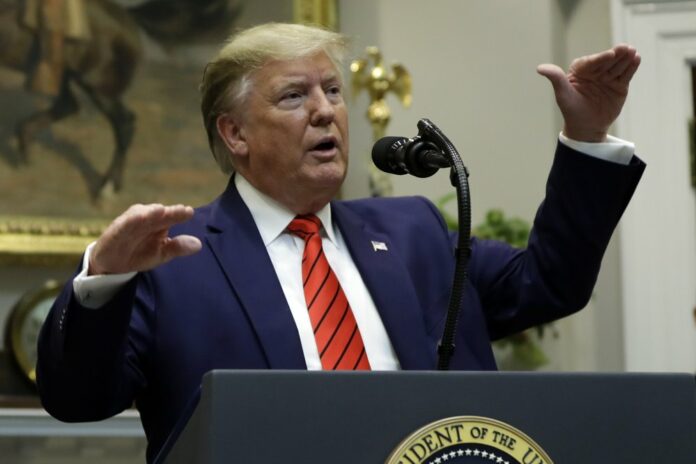 President Donald Trump said Wednesday that Iran appears to be “standing down” and no Americans or Iraqis were harmed in Iran’s missile strike on two Iraqi bases housing U.S. troops.

Speaking from the White House, Trump seemed intent on deescalating the crisis, indicating that he would not retaliate militarily for the strikes. Instead, he said the U.S. would immediately put in place new economic sanctions “until Iran changes its behavior” after that country’s most brazen direct assault on America since the 1979 seizing of the U.S. Embassy in Tehran.

The attack came days after Trump authorized the targeted killing of Gen. Qassem Soleimani, the head of Iran’s elite Quds Force. Iran had pledged to retaliate, bringing the two countries closer to the brink of war.

Trump credited an early warning system “that worked very well” for the fact that no Americans or Iraqis were killed. He added that Americans should be “extremely grateful and happy” with the outcome.

He reiterated his position that “Iran will never be allowed to have a nuclear weapon” and called for new nuclear negotiations to replace the 2015 nuclear deal from which he withdrew the U.S.

Trump also announced he would ask NATO to become “much more involved in the Middle East process.”

RECAP OF WHAT WENT DOWN IN IRAN IN UNDER 24 HOURS:
– Ballistic missiles launched at 2 US bases in Iraq.
– Soleimani buried.
– Ukrainian jet crashes with 176 passengers dead.
– 4.9 magnitude earthquake struck its southwest.
– over 50 people dead in a stampede.