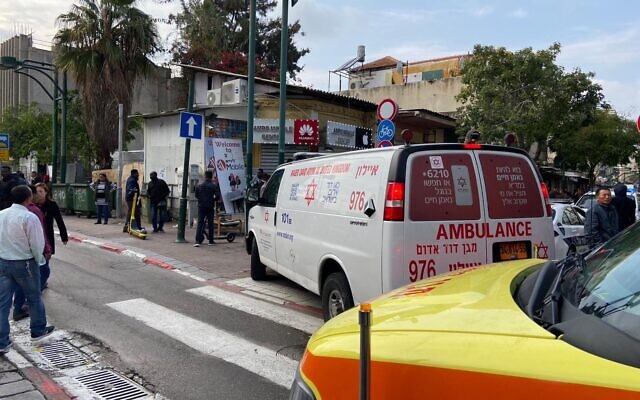 A 22-year-old man was moderately injured after in a stabbing attack that took place on the Worshippers’ Road in Hebron. The terrorist fled the scene after the stabbing and IDF personnel chased after and apprehended him. He has been arrested and taken in for interrogation.

A 50-year-old Muslim woman was arrested after she waved a knife at security forces near the Damascus Gate in the Old-City of Yerushalayim.

A 62-year-old man identified as Slavik Mevashev from Petach Tikvah is suspected of having shot his girlfriend, 57-year-old Vilna Yitzchakbev in her apartment in the  Ein Ganim neighborhood of the city and then taking his own life. According to initial reports, the cause of the alleged murder-suicide was a threat the Vilna was going to leave Slavik.

Terrorists from the Gaza Strip continue to launch incendiary balloons at Israel over the course of Shabbos. In one of the incidents in which they launched the balloons, the device that was being carried exploded while it was still in Gaza. One of the terrorists who launched the device was critically injured. An undetonated balloon bomb was found in Sderot and police sappers were called in to neutralize the device.

One other terrorist was killed in an explosion near Rafiach in Gaza after he attempted to use an old shell that was fired by the IDF and was found undetonated in a field.

The attorney representing Na’ama Issachar in Russia informed her of the Prime Minister’s message that he gave to the country after speaking with Russian President Vladimir Putin stating that the two were making headway on securing Na’ama’s release. The Attorney stated that Na’ama was hopeful that the miracle of her release would occur.

A 30-year-old man was killed in a building fire that broke our in a moshav in the southern Golan Heights on Shabbos.

A woman in her 30s was killed and six other people were injured in a car accident that took place on Highway 5504 near the Ayal interchange. United Hatzalah volunteer EMT Ayad Izam who was one of the first responders at the scene said: “The accident took place between two vehicles. Unfortunately, a young woman was pronounced dead due to the severity of injuries that she suffered. She had suffered a full-system trauma as a result of the accident. In addition, we treated another 6 people who sustained moderate to light injuries. Firefighters were active at the scene removing the injured from the vehicles.”

A 60-ear-old man was seriously injured while riding on an electric bicycle. He was it by a car door that was opened on HaHistadrut Street in Ashkelon.

Highway 90 between Ein Gedi and the Daragot Cliffs was closed to traffic due to flash-floods. Similarly, all hiking trails in the Dead Sea area were closed to hikers on Shabbos due to the threat of flash-flooding.