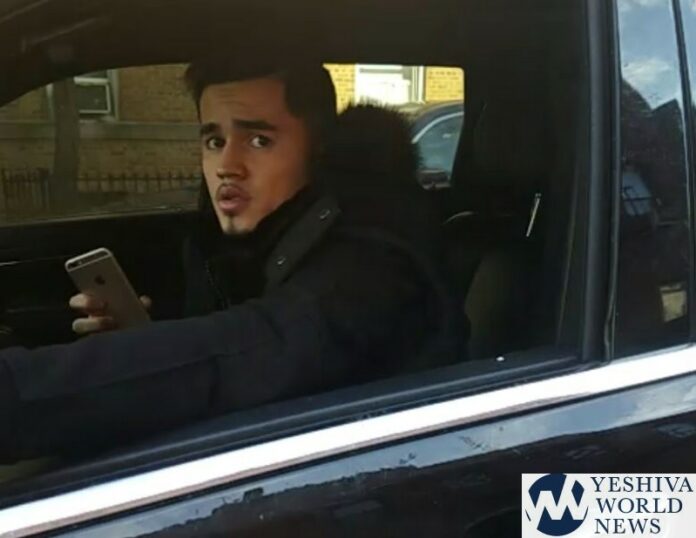 After a coordinated investigation by the NYPD and Boro Park Shomrim, the suspect who has scammed more than a dozen victims out of thousands of dollars was arrested.

The suspect was taken into custody from his home in Bensonhurst, Brooklyn.

As YWN had reported, the scammer would sit in his double-parked vehicle, and when cars would pass, he would hit your mirror and claim you hit his hand. He would then shake down his innocent victims for $50 or $500 instead of suing you for calling the police.

Thanks to a wealth of information provided to Shomrim and the NYPD by more than a dozen victims, Detectives were able to identify the man, and make the arrest on Tuesday morning.

YWN notes that these scammers usually continue their scam even after their release from police custody. One similar scammer has scammed hundreds of victims and has been operating in Flatbush for many years. Flatbush Shomrim has watched him in action dozens of times, which resulted in his many arrests, yet he continues to operate in the area. With the new bail reform law, one can expect the new scam artist to be released really soon (if he hasn’t already been freed without bail – along with free Met’s tickets by NYC Mayor DeBlasio).

Thanks to the outstanding work by our volunteers and great #TeamWork with @NYPDBklynSouth @NYPD66Pct @NYPDDetectives and Councilman @ChaimDeutsch, this scammer who has scammed numerous community members of thousands of #HardEarned dollars has been #Apprehended. pic.twitter.com/UCfnARnXET

Below are videos and photos of victims falling prey to the scammer.