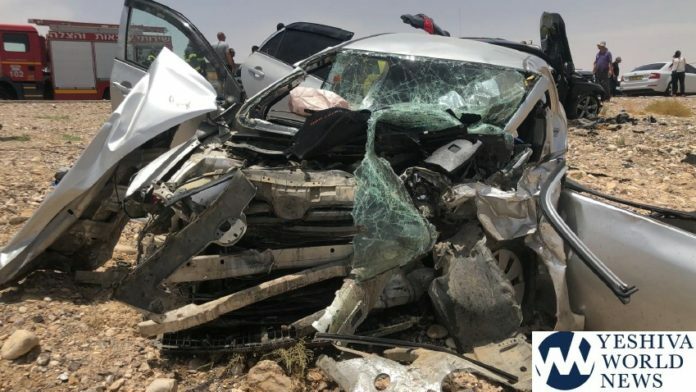 Almost half the number of car accidents occurred this year during the month of April in comparison to April 2019.

According to the Israel Central Bureau of Statistics (CBS), during the month, which generally sees a lot of traveling due to the Pesach vacation, in 2019 there were 987 road accidents 25 of which were fatal and killed 25 people. Another 154 involved serious bodily harm and 1,853 people were injured overall.

In 2020, there were only 405 accidents, 18 of which were fatal. The accidents claimed the lives of 21 people and 65 people were seriously injured with 608 people injured overall.

The CBS attributed the difference in the number of traffic accidents to driving restrictions put in place during the months of March and April due to the outbreak of the coronavirus.