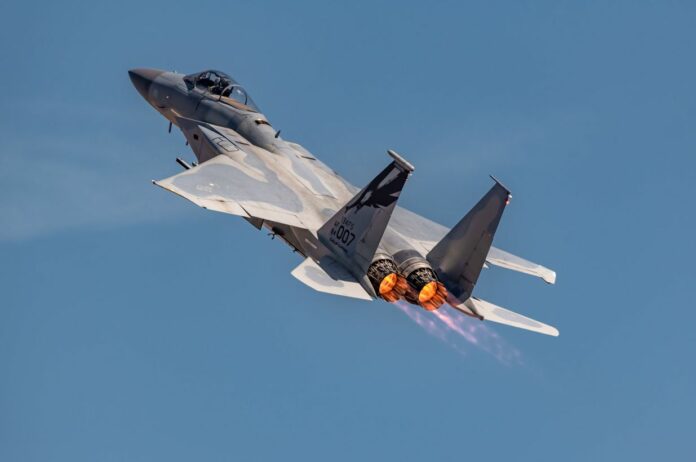 The agency initially reported a single Israeli jet had come near the plane but later quoted the pilot as saying there were two jets which identified themselves as American.

According to Islamic Republic of Iran Broadcasting (IRIB), Mahan Air Flight 1152 on its way to Beirut, Lebanon, from Tehran, Iran, was approached closely on Thursday by an aircraft.

“After this dangerous action by the Israeli fighter, the pilot of the passenger plane quickly reduced the altitude of the flight to avoid colliding with the fighter jet, which caused a number of passengers on the flight to be injured,” IRIB reported.

Video captured on board the flight and shared on social media shows the aircraft jolting back and forth during the maneuver as passengers scream.

The pilot of the passenger plane contacted the jet pilots to warn them about keeping a safe distance and the jet pilots identified themselves as American, IRIB reported.

Video posted by the agency showed a single jet from the window of the plane and comments from a passenger who had blood on his face.

The Iranian plane, belonging to Mahan Air, was heading from Tehran to Beirut and landed safely in Beirut, an airport source told Reuters.