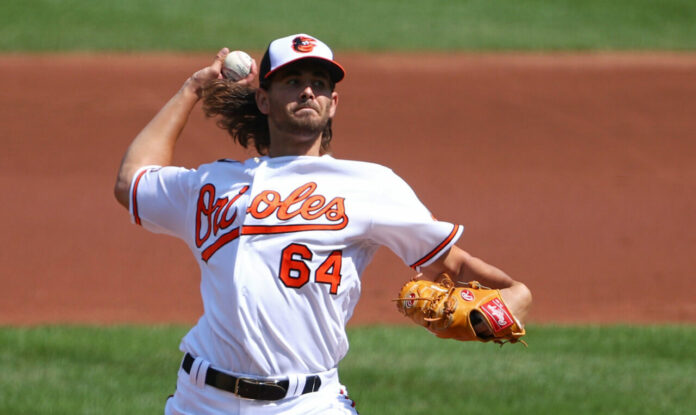 Israeli citizen Dean Kremer was the first Israeli to be drafted by a major league baseball (MLB) team and on Sunday, became the first Israeli ever to pitch and win a game, and he did it on his debut against the famed New York Yankees.

On Saturday night, Orioles general manager Mike Elias and manager Brandon Hyde called Kremer, at the time, an Orioles’ pitching prospect, and asked if he wanted to pitch the next day against the Yankees. Kremer responded in the affirmative and the result was history in he making.

Kremer outpitched New York’s two-time All-Star Masahiro Tanaka over the course of 6 innings. He surrendered only one hit and one run with three walks and seven strikeouts against a hard-hitting lineup.

Kremer struck out the Yankees leadoff batter DJ LeMahieu as well as their home run leader Luke Voit. He then retired veteran Brett Gardner for a perfect 1-2-3 opening frame. In the bottom of the first, Baltimore’s DJ Stewart lined a two-run homer off Tanaka and gave  Kremer the lead which he would then never lose.

In his first major league outing, Kremer threw 88 pitches and led the Orioles to a series win over the Yankees.

According to a report in the CBS affiliate in Baltimore, Kremer told reporters that he takes his Jewishness seriously and would not pitch on Yom Kippur.