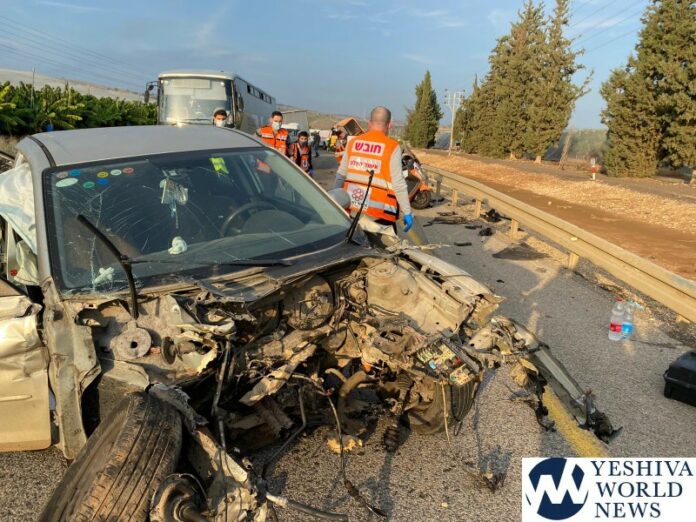 Thirteen people were moderately to seriously injured in Israel in six separate car accidents that took place throughout the country on Sunday. On one of Israel’s deadliest roads, Golda Meir Boulevard in Jerusalem, a young Charedi man in his early 20s was moderately injured in an accident after he was hit by a bus. The road has been termed “The road of blood” due to the many accidents on the roadway, many of which were fatal.

“We are often called to this street in order to treat injured people or to attempt to save those critically injured and dying due to accidents that take place here,” said United Hatzalah EMT Michael Cohen who treated the injured man at the scene before he was taken to the hospital for further treatment.

Two accidents occurred in Bnei Brak, one involving a four-year-old girl who was hit by a bus while she was waiting near a by stop on Rabbi Akiva Street. The bus ran over her foot crushing it. She was treated at the scene by United Hatzalah volunteers and Magen David Adom ambulance teams and was listed as being in moderate condition.

In a separate incident earlier in the day, a 15-year-old Yeshiva student was hit by a bus while riding a bicycle. He was semi-conscious when emergency medical personnel reached him and treated him. He was taken to Tel Hashomer hospital for treatment having suffered a major head injury.

Two young men aged 21 and 17 were riding on the same motorcycle and injured in an accident that occurred when their motorcycle hit the guardrail on Highway 1 near the Ma’aleh Adumim interchange.  They were both in moderate condition having suffered injuries to their heads and limbs.

Four people were injured in a motor vehicle accident that involved a car and a truck on Highway 90 between Migdal and Kibbutz Hukok. The driver of the car was moderately injured and three other people sustained light injuries in the accident. The injured were transported to Poriyah Hospital for treatment.

A man in his 50s, who was crossing the street was hit by a car on HaBosem Street in Ashdod. He suffered injuries to his head and limbs and was listed as being in moderate condition.

A motorcyclist in his 30s was seriously injured on Highway 44 near the Azur junction. He sustained serious head injuries and was treated at the scene by EMS personnel and transported in an ICU ambulance to Sheba Hospital in Tel Hashomer while sedated and intubated.

With the number of accidents that took place in Israel today, it is a miracle that none of them were fatal. 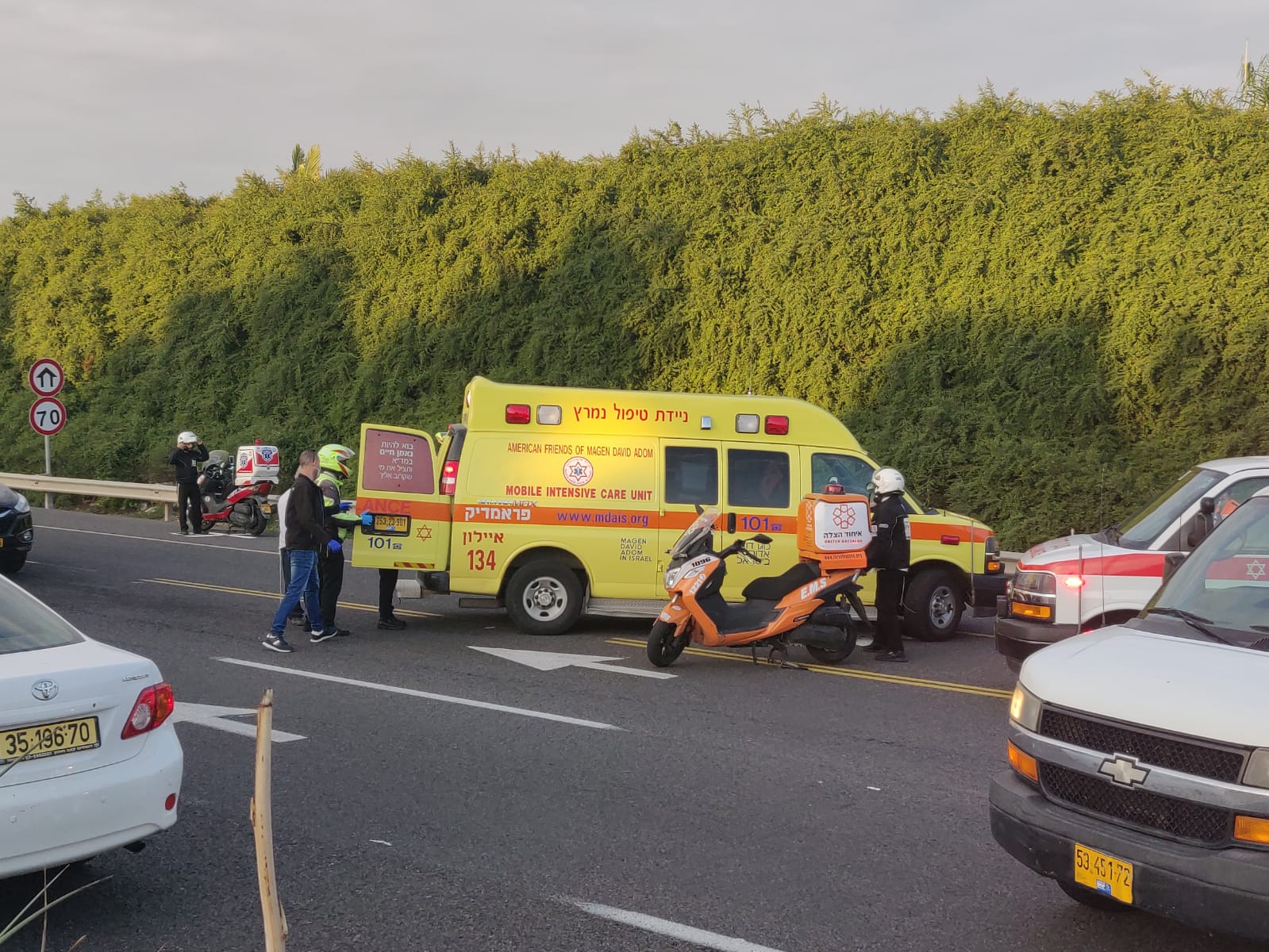 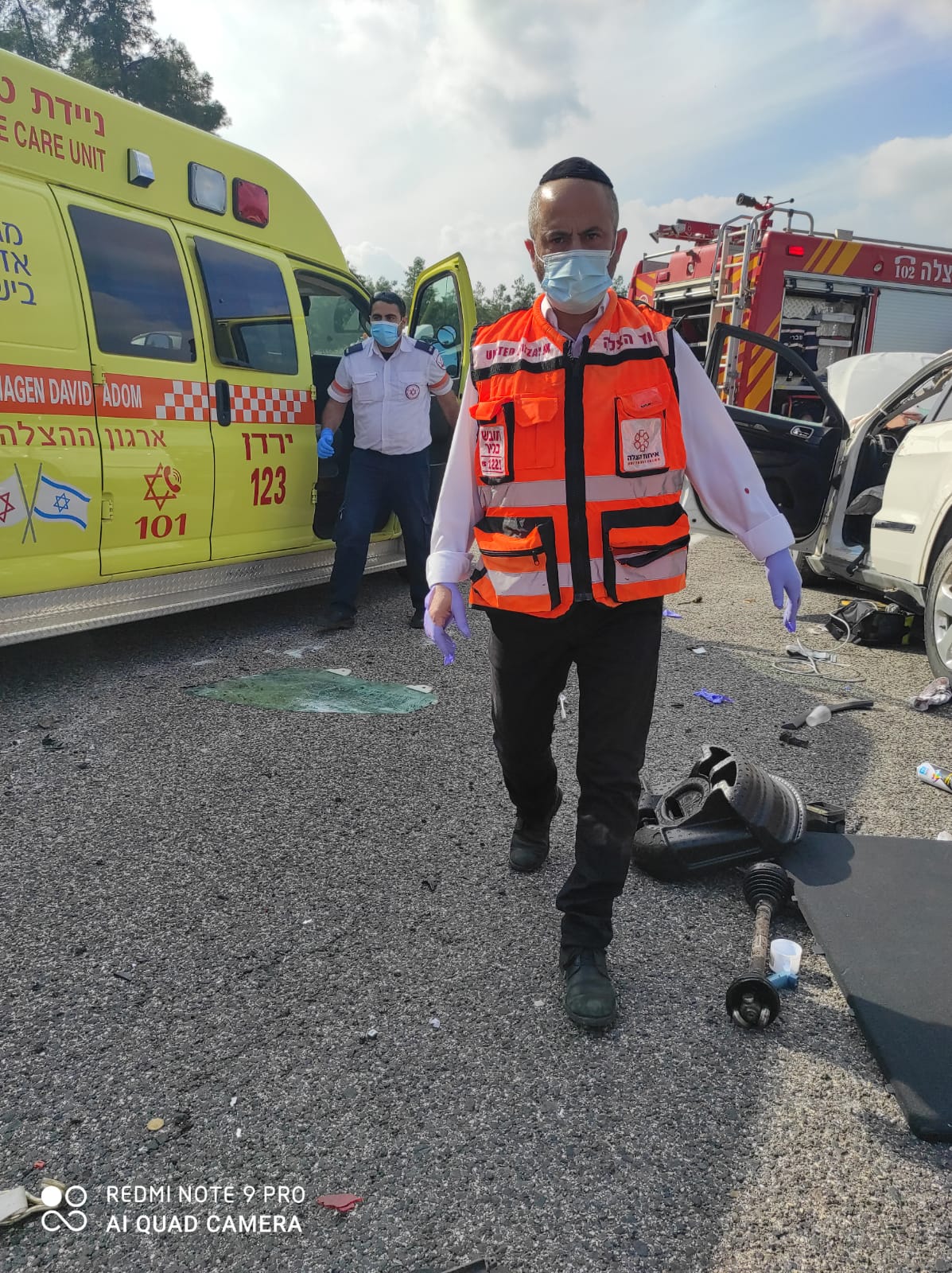 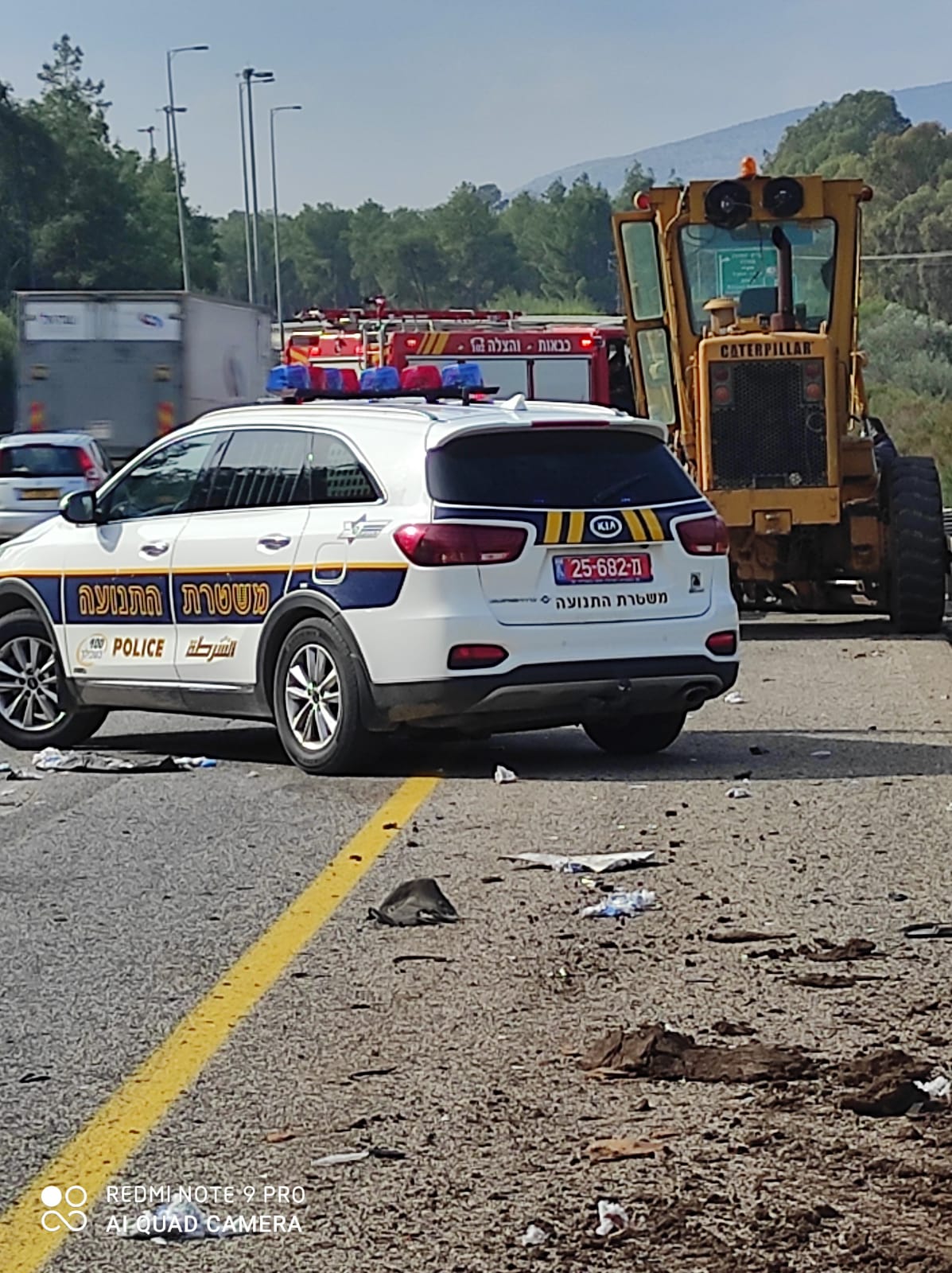 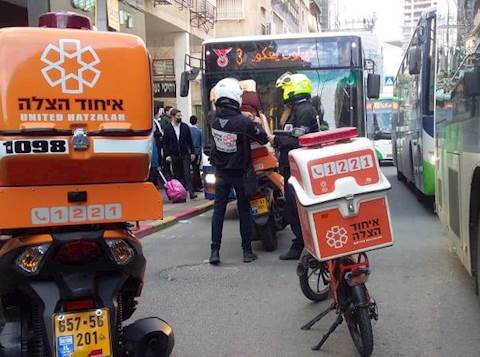 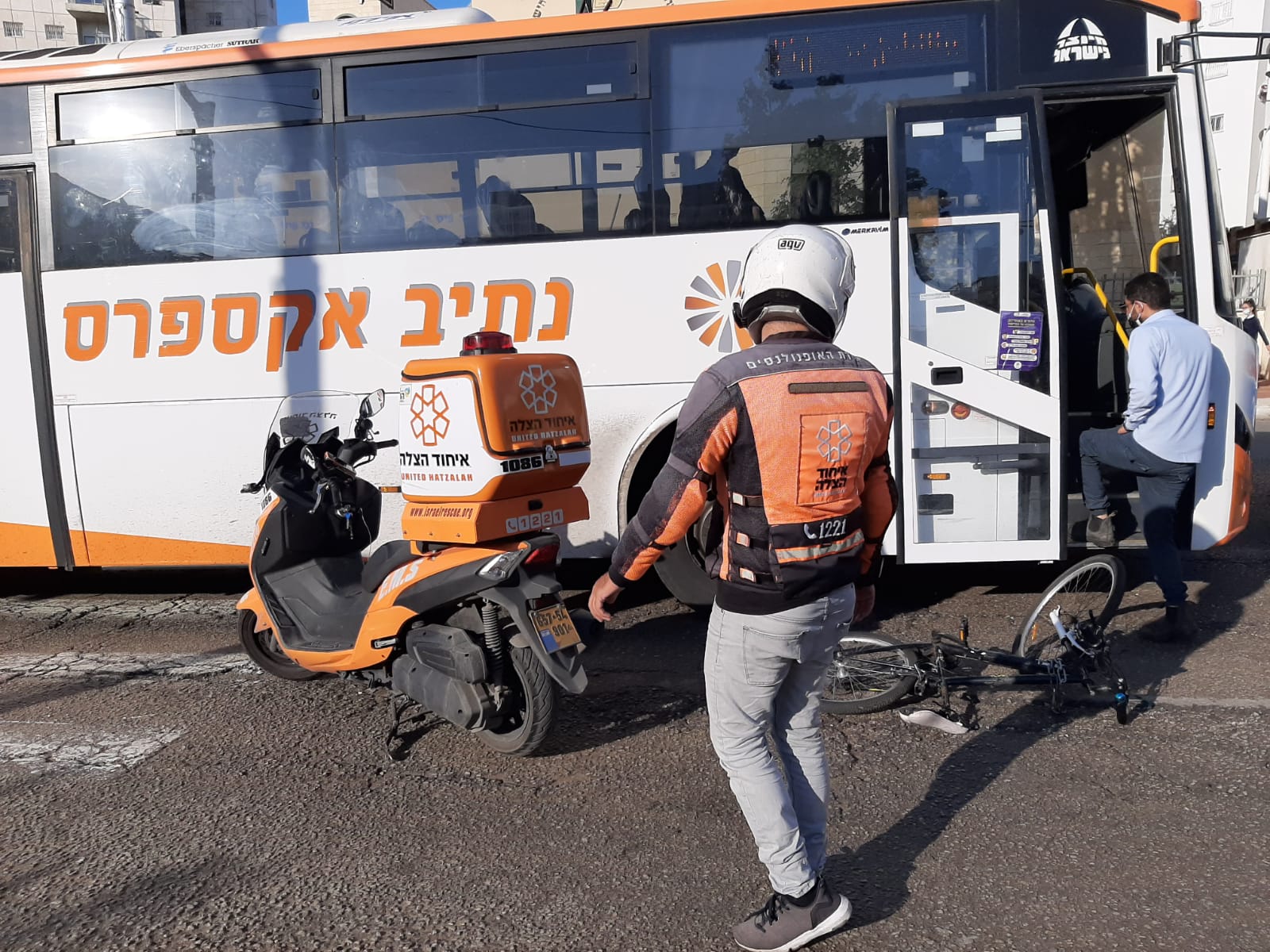 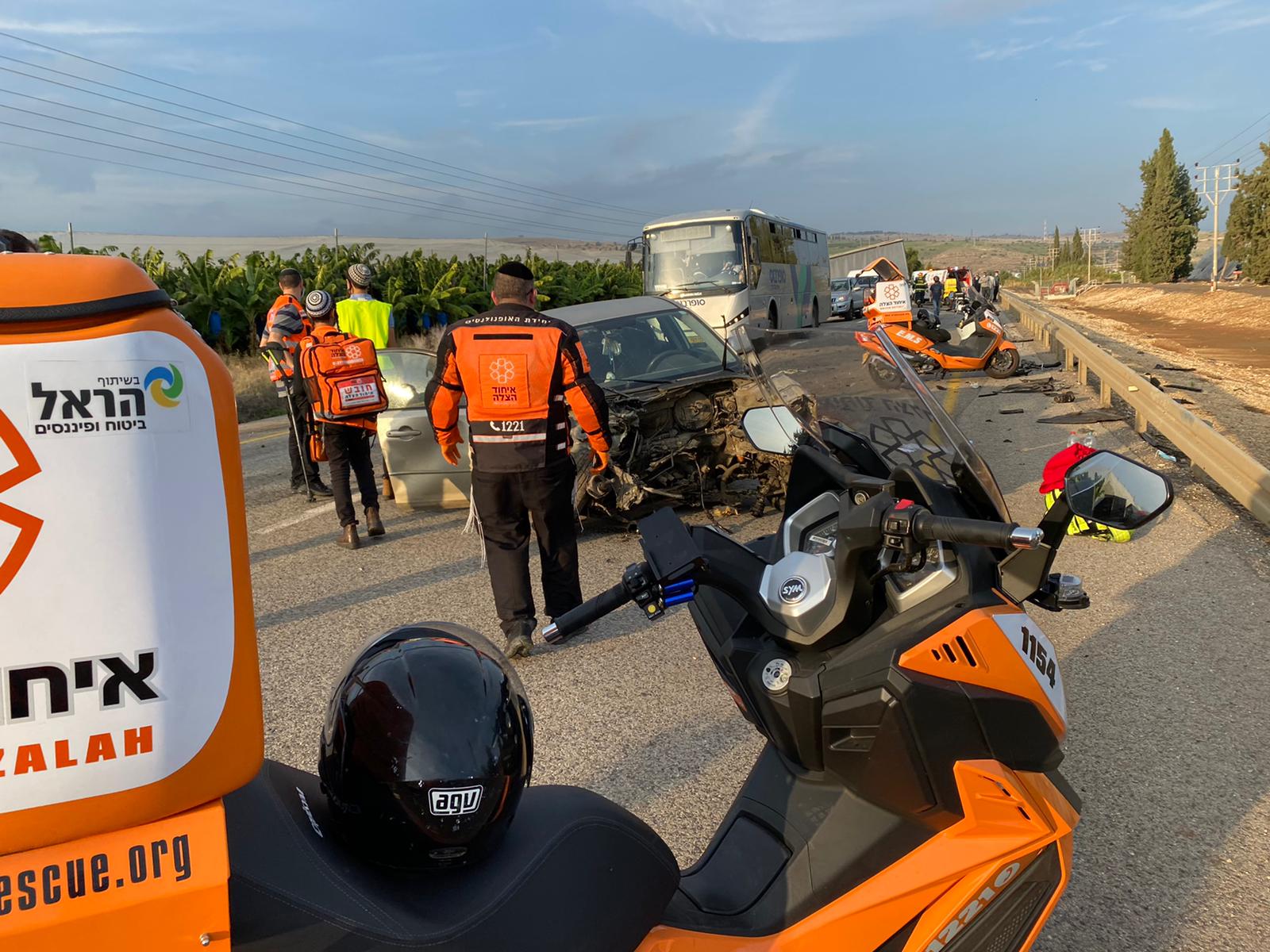 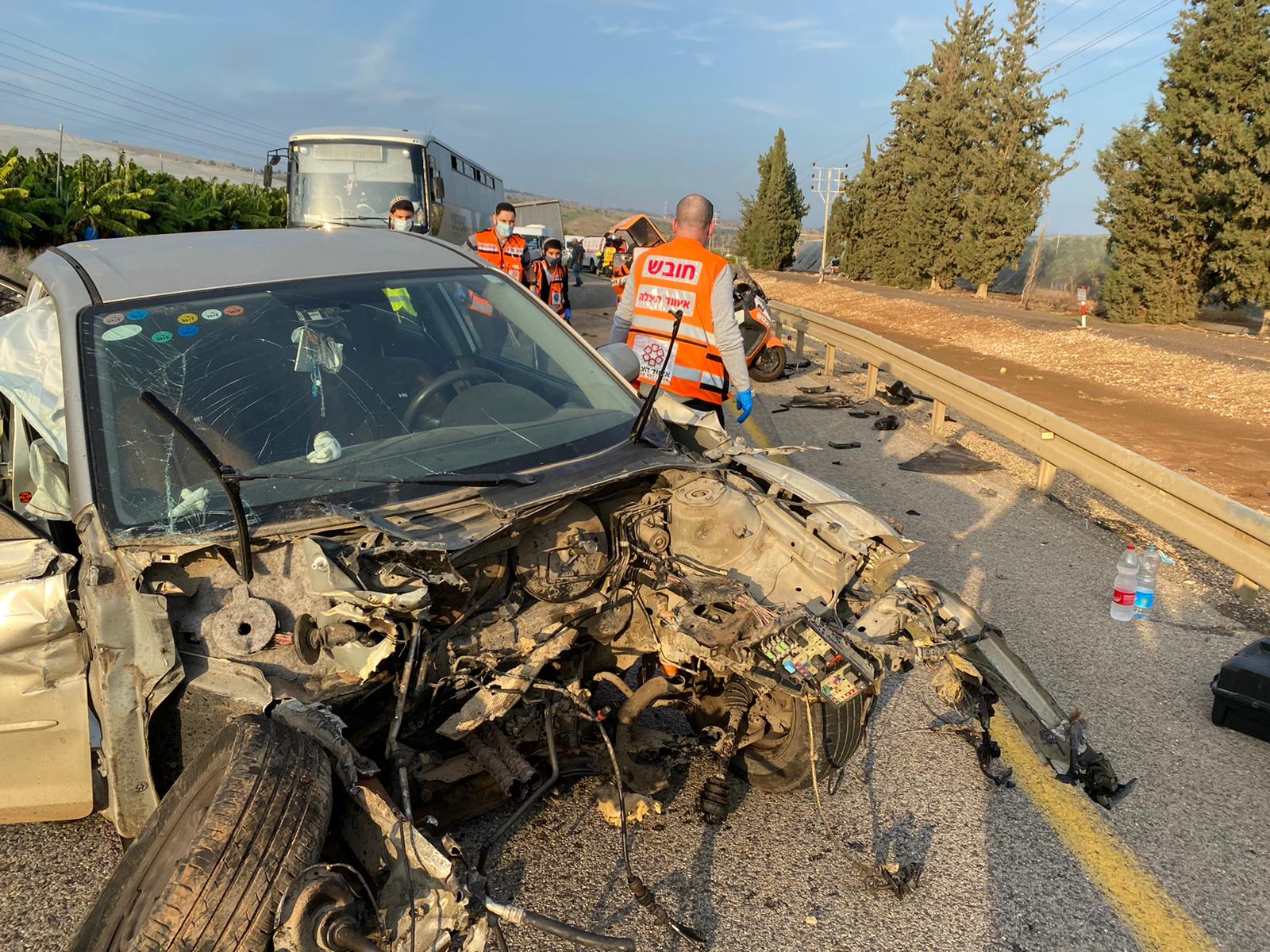