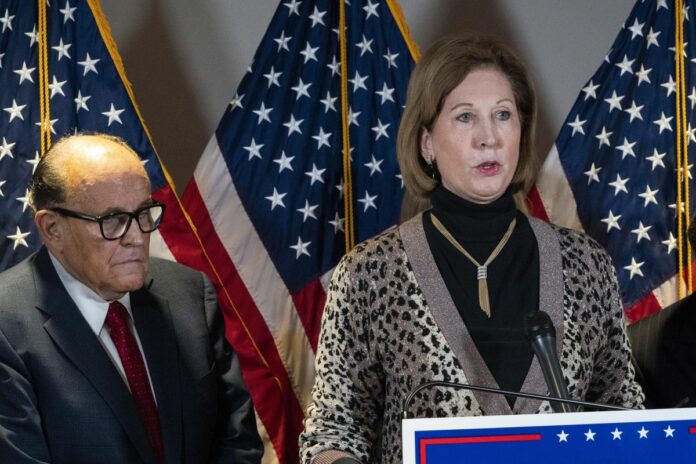 President Trump’s campaign said in a Sunday statement that Sidney Powell is neither a member of its legal team nor a lawyer for Trump in his personal capacity.

The statement followed a series of media appearances from Powell during which she made baseless allegations of widespread nationwide election fraud.

Powell appeared alongside Giuliani and other members of the campaign’s legal squad in press conferences over the past month – including one on Thursday – detailing the campaign’s so far unsuccessful efforts to halt or overturn the certification of election results in several key battleground states that were called by media outlets for President-elect Joe Biden.

Trump himself also referred to Powell as a member of his legal team in tweets as recently as Nov. 14. 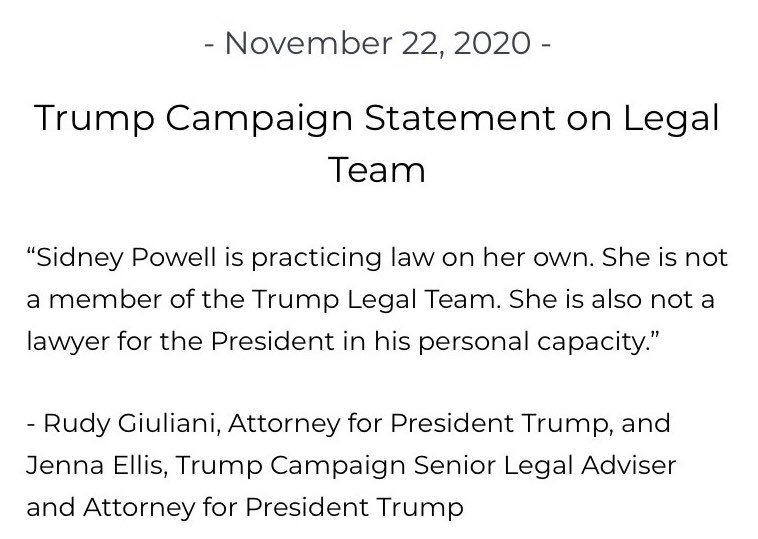 I look forward to Mayor Giuliani spearheading the legal effort to defend OUR RIGHT to FREE and FAIR ELECTIONS! Rudy Giuliani, Joseph diGenova, Victoria Toensing, Sidney Powell, and Jenna Ellis, a truly great team, added to our other wonderful lawyers and representatives!