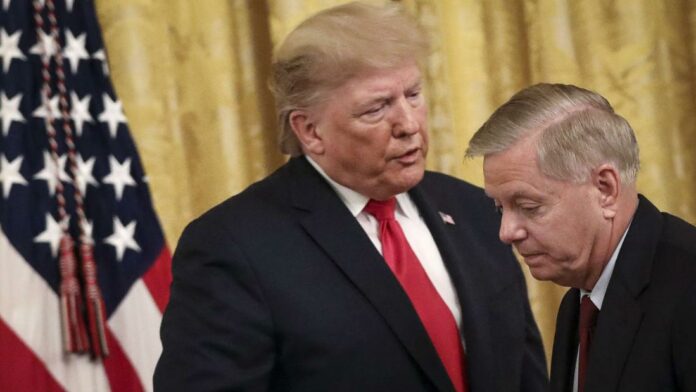 “I share your disgust & embarrassment & determination to make sure that what happened in our Capitol never happens again – but you need to speak up when this happens in other places. Lawlessness in one place breeds lawlessness everywhere.”

Republican Sen. Lindsey Graham, one of President Donald Trump’s top congressional allies, says the president must accept his own role in the violence that occurred at the U.S. Capitol.

The South Carolina senator said Thursday that Trump “needs to understand that his actions were the problem, not the solution.”

Graham was a foe of Trump’s during the 2016 campaign and questioned his mental fitness for office. Once Trump was in office, however, Graham became one of his closest confidants and often played golf with him.

Graham added that he had no regrets of his support of Trump but that “it breaks my heart that my friend, a president of consequence, would allow yesterday to happen.”

Graham complimented Vice President Mike Pence’s decorum during the Electoral College vote certification process, saying that any expectation that Pence could have overturned the results was “over the top, unconstitutional, illegal and would have been wrong for the country.”