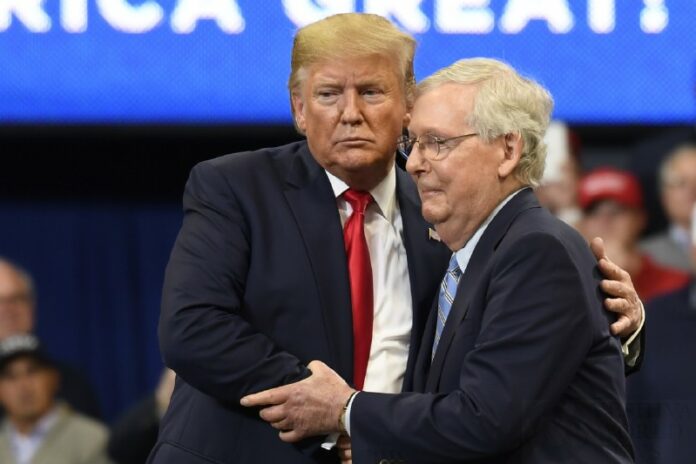 Sen. Mitch McConnell, the Republican leader, has told associates that he believes President Donald Trump committed impeachable offenses and that he is pleased that Democrats are moving to impeach him, believing that it will make it easier to purge him from the party, according to the NY Times. The House is voting Wednesday to formally charge Trump with inciting violence against the country.

Fox News is reporting the same, stating that McConnell “is done: and “furious” with Trump. Fox states that McConnell has shared with associates that impeachment will help rid the Republican Party of Trump and his movement.

The House plans to vote on one article of impeachment Wednesday charging Trump with “incitement of insurrection,” as it races toward making him the first President in history to be impeached twice.