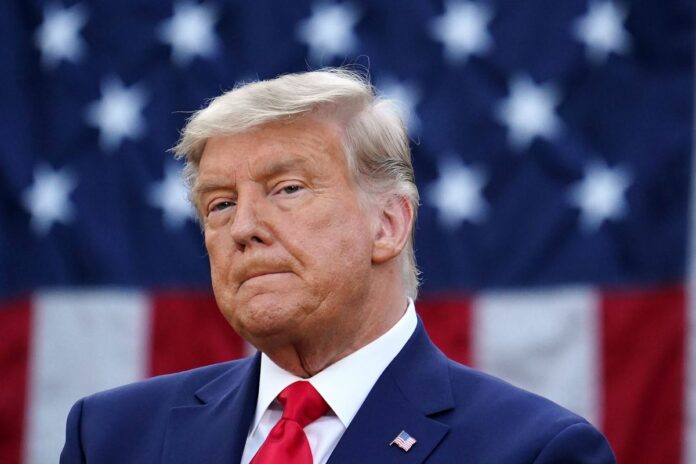 The U.S. House pressed forward Tuesday toward impeaching President Donald Trump for the deadly Capitol riot, taking time only to try to persuade his vice president to push him out first.

Earlier Tuesday Trump blasted impeachment itself for the “tremendous anger” in America.

Already scheduled to leave office next week, Trump is on the verge of becoming the only president in history to be twice impeached. His speech at a rally ahead of the Capitol uprising is now in the impeachment charge against him, even as the claims he spread about election fraud are still being championed by some Republicans.

Three Republicans, however, including third-ranking House GOP leader Liz Cheney of Wyoming, announced they would vote to impeach Trump, cleaving the party’s leadership. 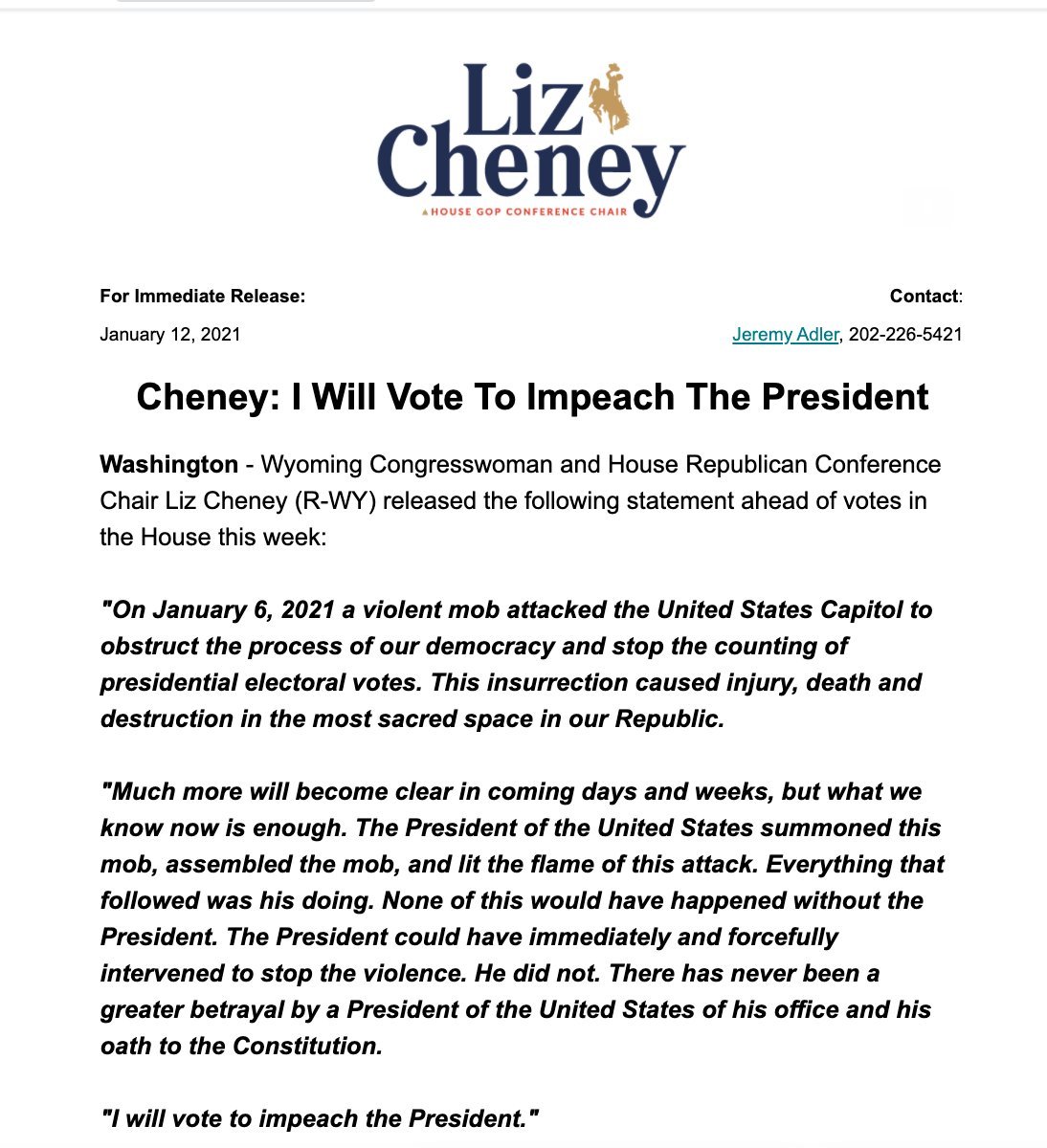 Reps. John Katko of New York, a former federal prosecutor, and Adam Kinzinger of Illinois, an Air Force veteran, said they, too, would vote to impeach.

On Tuesday evening GOP Rep. Brian Fitzpatrick introduced a resolution to censure Trump “for attempting to unlawfully overturn the 2020 Presidential election and for violating his oath of office on January 6th, 2021.” 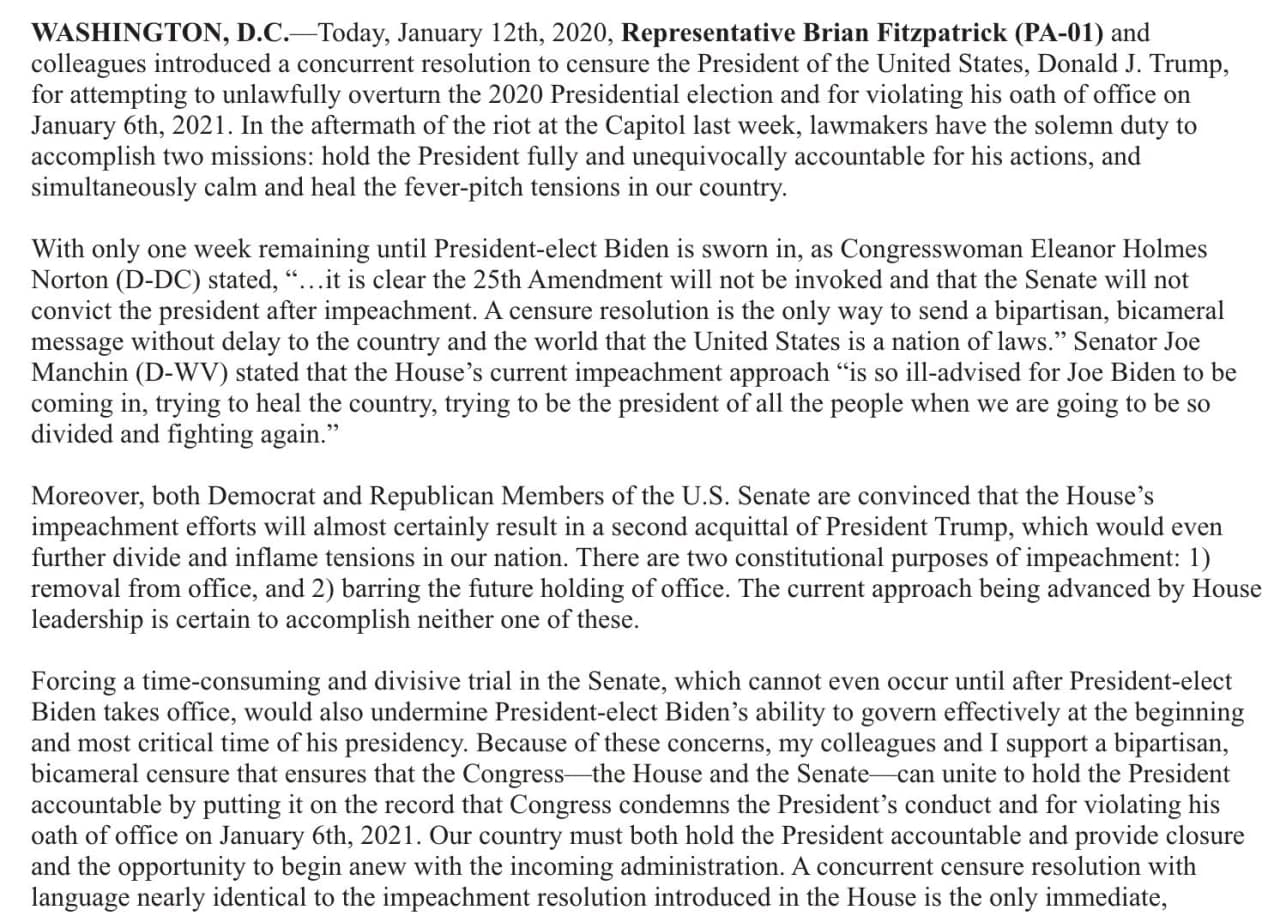