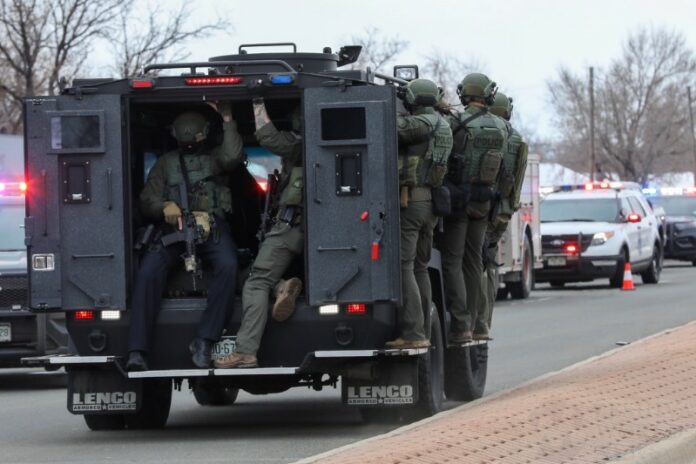 A Colorado police officer and multiple people died when a gunman opened fire inside a grocery store Monday afternoon, sending shoppers running for their lives and igniting an hours-long standoff,” authorities said.

Boulder Police Cmdr. Kerry Yamaguchi said a person of interest had been injured, was being treated and was in police custody. He said he could not confirm the number of deaths, saying it was too early in the investigation.

“We don’t know. They are still processing the scene,” Yamaguchi told reporters.

The identity of the deceased officer and other victims were not released. Yamaguchi said investigators were still working to determine a motive.

Kelly McGannon, a spokeswoman for the grocery store, offered her condolences to the loved ones of the victms and first responders

“Our hearts are broken over this senseless act of violence,” she said.