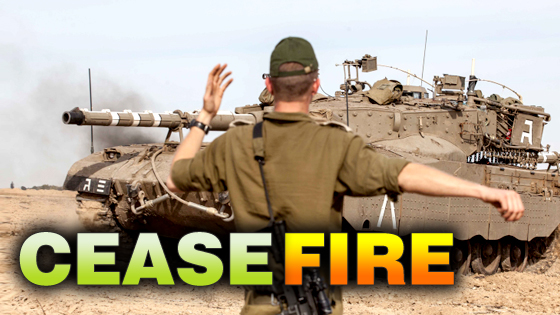 Israel on Thursday announced a cease-fire in the bruising 11-day war against Hamas militants that caused widespread destruction in the Gaza Strip and brought life in much of Israel to a standstill.

Prime Minister Benjamin Netanyahu’s office announced the cease-fire after a late-night meeting of his Security Cabinet. It said the group had unanimously accepted an Egyptian proposal, though the sides were still determining exactly when it was to take effect.

Senior defense officials, including the military chief of staff and national security adviser, recommended accepting the proposal after claiming “great accomplishments” in the operation, the statement said.

“The political leaders emphasized that the reality on the ground will be that which determines the future of the campaign,” the statement said.

The IDF Chief-of-Staff, the military and the head of the ISA briefed ministers on Israel’s significant achievements in the operation, some of which are unprecedented.

The political leadership emphasizes that it is the reality on the ground that will determine the future of the operation.

One member of the Security Cabinet said the cease-fire would take effect at 2 a.m., roughly three hours after the announcement. He spoke on condition of anonymity because he was not authorized to discuss the closed-door talks.

The fighting began May 10, when Hamas terrorists in Gaza fired long-range rockets toward Jerusalem after days of clashes between Palestinian protesters and Israeli police at the Al-Aqsa Mosque compound.

Israel launched hundreds of airstrikes during the operation, targeting what it said was Hamas’ military infrastructure, including a vast tunnel network. Hamas and other terrorist groups embedded in residential areas have fired over 4,000 rockets at Israeli cities, with hundreds falling short and most of the rest intercepted.

Twelve people in Israel, including a 5-year-old boy, a 16-year-old girl and a soldier, were killed.

Over the course of the day on Thursday, from the morning until 8:00 p.m. Hamas and the Islamic Jihad fired 299 rockets at Israel, Israel returned fire and attacked numerous targets belonging to the terrorist organization in the Strip, but sources within the government and military have said that the IDF has achieved its goals in the mission.