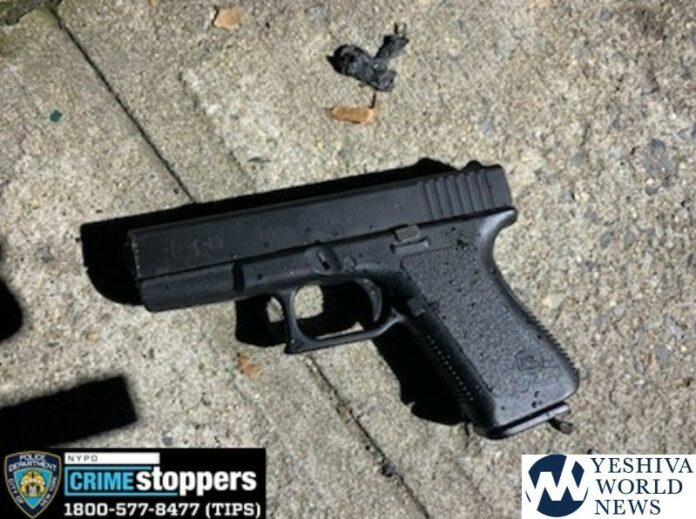 Police responding to a triple shooting in Brooklyn on Thursday night shot and killed a suspected gunman, police said.

The police-involved shooting happened in Bushwick after 10:30 p.m., according to police.

The officers pursued an armed man who had fled the scene on foot and confronted him on Wilson Avenue, according to police.

The man did not comply and instead raised the firearm in the direction of the officers, according to police.

The officers discharged their weapons, striking the man, police said. He was taken to Wyckoff Hospital, where he was pronounced dead. He has not been identified.

The officers were taken to an area hospital for observation.

NYPD added that three additional guns were recovered at the scene of the shooting. Police did not specify who were carrying the weapons.

The following are remarks delivered by Juanita Holmes, BYPD Chief of Patrol:

Thank you for coming. I am Juanita Holmes, Chief of Patrol.

The information I am about to provide is preliminary as this incident is only a few hours old.

Earlier this evening, at approximately 10:30 PM, uniformed officers from the 83 Precinct (assigned to the Public Safety Team) heard gunshots in the vicinity of Halsey Street and Wilson Avenue. The officers exited their vehicle and approached a group of people gathered in front of 1195A Halsey Street, a liquor store. They observed three individuals who appeared to have sustained gunshot wounds. The officers were informed that an armed man fled the scene on foot, turning west onto Wilson Avenue. The officers immediately gave chase. Bodyworn cameras were activated. I have reviewed the footage. It shows the officers approaching a man half way down the block, crouched on the sidewalk in front of 520 Wilson Avenue. They observe the man holding a firearm in his left hand and gave commands for him to drop it. The man does not comply and instead raises the firearm in the direction of the officers.

The officers then discharge their service weapons, striking the gunman. The suspect was removed to Wyckoff Hospital, where he was pronounced deceased.

The suspect’s firearm was recovered at the scene.

The officers were taken to an area hospital for observation only. The three victims who were shot on Halsey Street are also being treated at area hospitals.

This investigation remains active and ongoing by the Force Investigation in conjunction with the Detective Bureau.