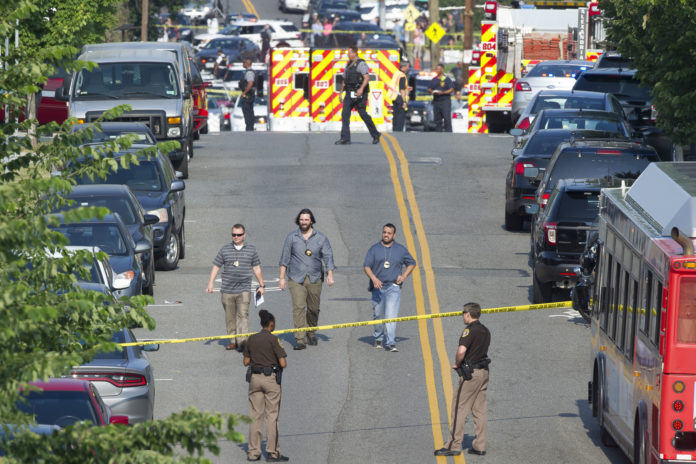 Shortly after the shooting Wednesday morning at a congressional baseball practice, Rep. Mark Walker (R-N.C.) told NBC News that it appeared the “gunman was there to kill as many Republican members as possible.” Walker, who was at the practice for the upcoming annual congressional baseball game in Alexandria, Virginia, confirmed he was “shaken but okay.”

Rep. Ron DeSantis (R-Fla.) recounted an “odd” encounter he had as he was leaving the field just minutes before the shooting: “There was a guy that walked up to us that was asking whether it was Republicans or Democrats out there, and it was just a little odd,” DeSantis told Fox News.