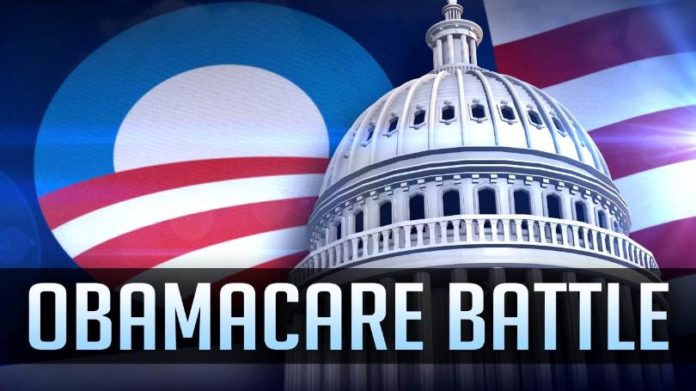 Republicans are angling toward a Senate vote next week on their marquee effort to erase much of President Barack Obama’s health care law. But there’s plenty of grumbling from senators across the GOP spectrum, and leaders haven’t yet nailed down the support they’ll need to prevail.

Sen. Ted Cruz of Texas said Tuesday that there’s “more work to do” before the bill adequately cuts premiums. A second conservative, Utah’s Mike Lee, complained about not seeing the legislation despite being on the working group of senators assigned to craft it and said lawmakers should have seen the measure “weeks ago” if they’re to vote next week. And Alaska moderate Lisa Murkowski said she didn’t know how she’d vote, adding, “I have no idea what the deal is.”

Senate Majority Leader Mitch McConnell, R-Ky., said he expected to give senators a draft of the bill on Thursday. The measure would eliminate much of Obama’s 2010 law and leave government with a diminished role in providing coverage and helping people afford it.

“We have to act, and we are,” McConnell said.

Later, he just chortled when asked if he was confident the measure would pass, a victory that would elude him if just three of the 52 GOP senators voted no. All Democrats seem certain to oppose the bill.

“It’s my job to find 50 votes, and we’re going to have 50 votes,” No. 2 Senate Republican leader John Cornyn of Texas said Tuesday. In a 50-50 tally, Vice President Mike Pence would cast the tie-breaking vote.

McConnell’s ability to line up votes is considered masterful, and he’s eager to pass legislation fulfilling a keystone campaign promise of President Donald Trump and countless GOP congressional candidates. But as of now, victory is not guaranteed and he stopped short of definitely scheduling the vote for next week.

“It’s apparently being written by a small handful of staffers for members of the Republican leadership,” said Lee of the bill, using a Facebook video for an unusually public swipe at GOP leaders.

Democrats have also lambasted McConnell for writing the sweeping legislation in closed-door meetings. They unanimously oppose the GOP bill but lack the votes to defeat it. They fear McConnell will jam the legislation through the Senate with little debate, limiting their chance to scrutinize the bill and whip up opposition against it.

Aides and lobbyists said they expected the GOP bill to provide health care tax credits linked to people’s incomes, not their ages like the House-passed measure, and impose spending limits on the growth of the federal-state Medicaid program for the poor that would tighten further by the mid-2020s. Another possibility was letting states drop some coverage requirements that Obama’s law imposes on insurers, they said.

They said unresolved questions included how to make sure the subsidies can’t be used for policies that provide abortions and how fast they can repeal tax boosts Obama levied on high earners and medical companies to finance his statute’s expanded coverage.

The No. 3 Senate GOP leader, John Thune of South Dakota, said Republicans were moving toward phasing out Obama’s enlargement of Medicaid to additional low-income people over five or six years. That might satisfy Republican senators from states that expanded their programs, but conservatives have wanted to halt the extra expenditures quickly.

At the White House, spokesman Sean Spicer said Trump “clearly wants a bill that has heart.” A week ago, Trump called the version the House approved last month “mean.” Spicer offered no specifics but said Trump wants the Senate to “strengthen it, to make it more affordable, more accessible.”

Besides Lee and Cruz, conservative Sen. Rand Paul, R-Ky., said it would be “a non-starter” if the developing bill’s subsidies are as large as Obama’s.

Murkowski has opposed past conservative efforts to include language barring federal payments to Planned Parenthood, a group many Republicans abhor because it provides abortions.