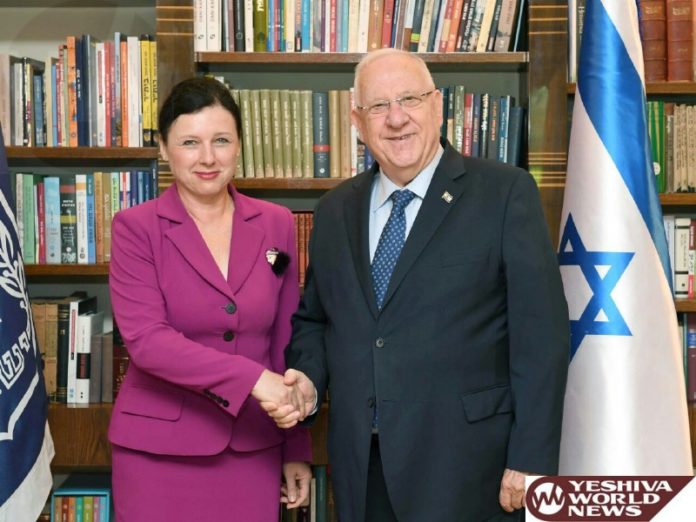 President Rivlin welcomed her and said, “We greatly appreciate all you are doing to combat anti-Semitism, and your work to strengthen the connection between Israel and the EU.”

He added, “We are working to find an end to the conflict with the Palestinians. There is a very urgent need to build confidence between the two sides. It must be understood that we must and we can live together.”

The President concluded, “The Jewish people has returned to its homeland. Israel is a Jewish, democratic state – with no gap between the two.”

The Commissioner said, “I’m honored to meet you, President Rivlin. My visit to Israel is an opportunity to deepen the EU-Israel cooperation in the field of justice.

One of my key priorities is the fight against anti-Semitism, which also needs to be fought on new fronts, including on the internet.”

The two went on to hold an extensive meeting on ways in which Israel and the EU were expanding their cooperation in the field of justice and equality in society, of the importance of the shared values of democracy, and the need to stand united in the face of the challenges to these core beliefs.