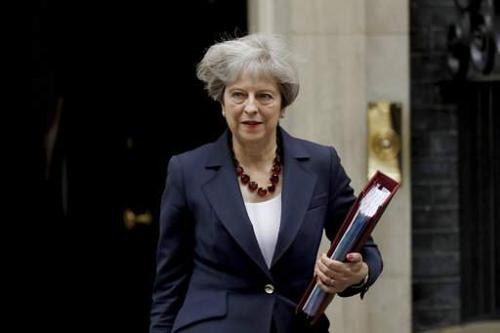 British lawmakers were set to vote Thursday on whether to approve the Conservative government’s plans for a Brexit-dominated parliamentary session, in a test of Prime Minister Theresa May’s shaky minority administration.

In a sign of its weakened position after an election wiped out May’s parliamentary majority, the government was forced into a concession hours before the vote. Facing defeat on an opposition amendment about abortion funding, ministers said they would pay for women from Northern Ireland to travel to England for abortions.

Abortion is far more tightly restricted in Northern Ireland than in the rest of the U.K., and hundreds of women a year travel to Britain to terminate pregnancies.

Labour Party lawmaker Stella Creasy obtained a vote on a motion calling for those women to get government funding. Several Conservative legislators said they would support the amendment, prompting the government’s scramble to change its policy.

In a letter to lawmakers, Equalities Minister Justine Greening said that women from Northern Ireland had previously been asked to pay, but “from now on it is our proposal that this will no longer happen.”

Creasy’s amendment was one of several attempts by the Labour opposition to defeat the government in votes on last week’s Queen’s Speech, which set out the government’s proposed legislation for the next two years.

The slimmed-down agenda jettisoned several pledges made by the party before Britain’s June 8 election. Several of the planned new laws relate to Britain’s exit from the European Union, due in 2019.

The election left the Conservatives with 317 of the 650 seats in Parliament, several short of a majority. It also severely undermined the authority of May, who called the early vote in a misjudged attempt to increase her grip on power ahead of Brexit negotiations with the EU.

As May struggled to shore up her support, Labour sought to disrupt her plans by proposing amendments that would reverse Conservative policies on Brexit and spending cuts.

But the government is likely to get its way Thursday thanks to Northern Ireland’s Democratic Unionist Party, whose 10 lawmakers have agreed to support the Conservatives on key votes.

On Wednesday the government, with the help of the DUP, defeated a Labour motion calling for a reversal of public spending cuts. The vote was 323 to 309 — the first of what is likely to be many close calls for May’s administration in Parliament.

The DUP deal — secured with a promise of 1 billion pounds ($1.29 billion) in new spending for Northern Ireland — has dismayed some Conservatives on account of the smaller party’s socially conservative policies on issues including abortion and same-gender marriage.