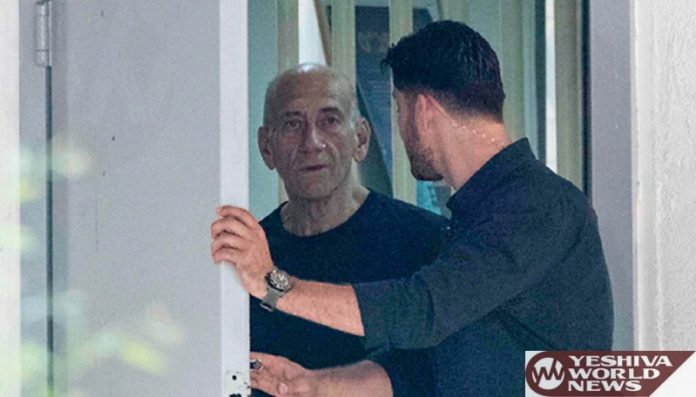 As a result of Mr. Rivlin accepting the request, Olmert is no longer barred from travel abroad and he is not required to sign in with police twice monthly as is the case for a prisoner released early for good behavior.

Olmert was released from prison on Sunday, 8 Tammuz, after serving 16 months of a 27-month term. While police did not object to the early release, the state prosecutor did but the parole board approved it nonetheless.