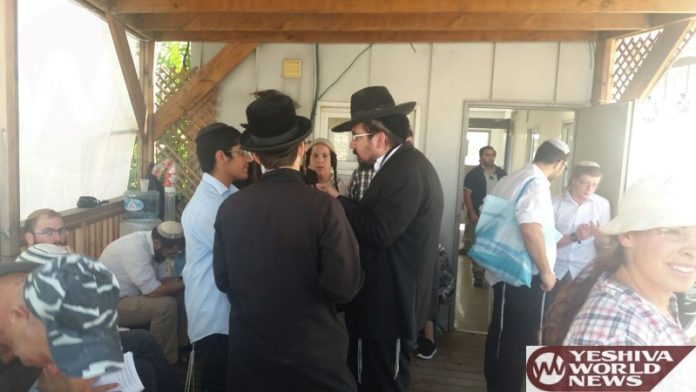 In the accompanying video, a policeman can been heard informing Jews that despite promises to the contrary made earlier, they will not be permitted onto Har Habayis on Sunday afternoon 22 Tammuz.

Har Habayis was shut since Friday morning following the fatal shooting attack that claimed the lives of two policemen, leaving a third in moderate condition.

The Jews were waiting in the hope of visiting the holy site but were told by the officer they will not be permitted onto the site on Sunday. Police reopened Har Habayis on Sunday afternoon would be open to Muslims only.

Gedolei Yisrael over the generations and the Chief Rabbinate of Israel prohibit visiting Har Habayis, which they explain carries the punishment of karess.