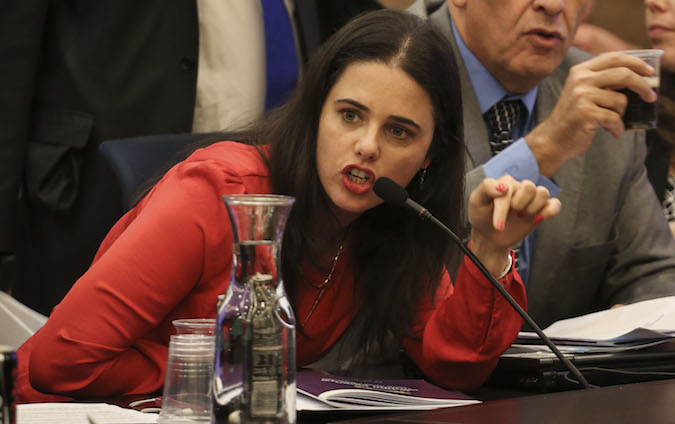 During recent weeks, there has been an ongoing dispute surrounding the effort to permit toeiva couples to adopt children R”L. Minister of Welfare Chaim Katz has turned to the High Court of Justice on their behalf, siding with toeiva couples who are deemed qualified, to permit them to adopt. The organization representing the nation’s social workers feels it is exclusively qualified to decide who may adopt, but does not rule out qualified toeiva couples either.

The matter has made its way to the rabbinic and religious courts. Rabbonim affiliated with the dati leumi community have released a letter backing the position of Justice Minister Ayelet Shaked, who speaks of “family values” and therefore, her opposition to toeiva couples adopting. Her opposition was challenged by Yesh Atid party leader Yair Lapid, who supports the move to permit toeiva couples to adopt children.