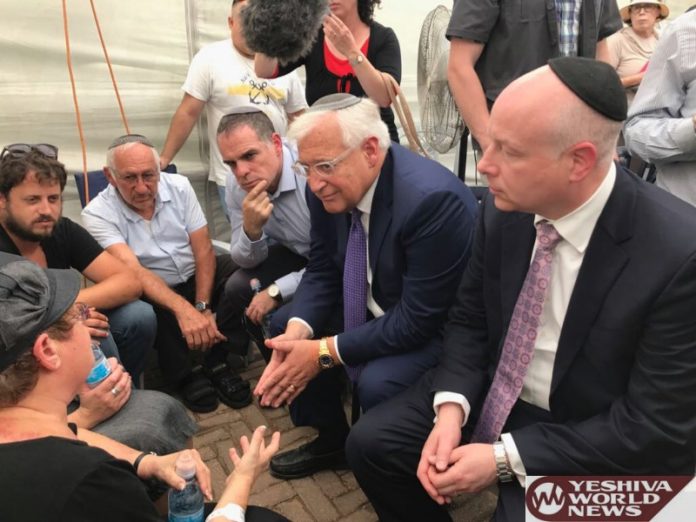 Ravivi released the following statement following the meeting: “It should not be taken for granted that President Trump personally sent his Ambassador David Friedman and Special Envoy Jason Greenblatt to pay a shiva call to the Solomon family. America is our strongest ally and we must stand shoulder to shoulder in the war on terror. Their official visit sent a clear message that there is no justification for murdering a grandfather as he celebrates the birth of his new grandson. As Ambassador Friedman told the Solomons’, “I have come here on behalf of the President of the United States of America and her 300 million citizens who simply can’t understand this barbaric attack”