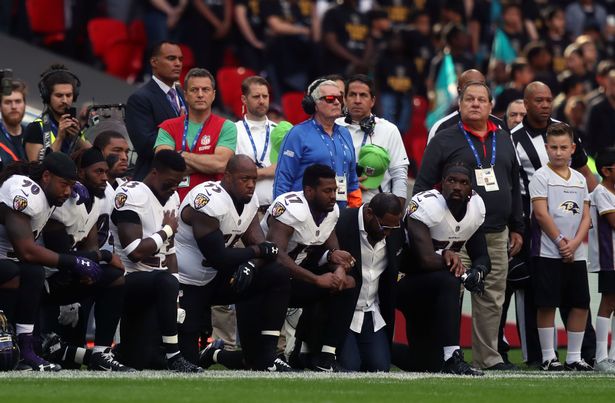 About two dozen players, including Baltimore Ravens linebacker Terrell Suggs and Jacksonville Jaguars running back Leonard Fournette, took a knee during the playing of the national anthem before the start of the teams’ game at Wembley Stadium on Sunday.

No players were kneeling during the playing of the British national anthem.

President Donald Trump had a suggestion on Saturday for National Football League owners whose players decide to take a knee during the national anthem: fire them.