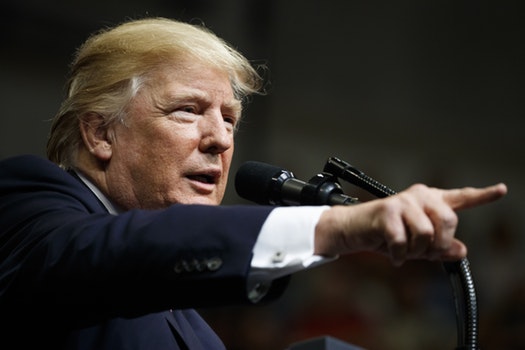 President Donald Trump on Saturday pointed to a reported missile test by Iran to renew his criticism of the nuclear agreement it reached with the U.S. and other nations.

Iran’s Revolutionary Guard on Friday displayed its latest ballistic missile capable of reaching Israel and much of the Middle East. The U.S. opposes Iran’s ballistic missile program and Trump signed a bill last month imposing penalties on those involved with it.

Video of the test firing of a Khoramshahr medium-range ballistic missile aired Friday on Iran’s state TV. The time or location of the test was not mentioned in the report.

Trump tweeted Saturday about the public unveiling of the missile: “Iran just test-fired a Ballistic Missile capable of reaching Israel. They are also working with North Korea. Not much of an agreement we have!”

Trump has suggested he might seek to renegotiate the nuclear deal or abandon it. He told the U.N. General Assembly on Tuesday that the accord was “nothing short of an embarrassment” and the “worst one-sided deal perhaps in American history.”

Officials have said Trump might use the Oct. 15 deadline for certifying to Congress whether Iran is in compliance with the nuclear deal to either declare Iran in violation or determine that the agreement is no longer in the national security interest of the U.S.

The tweet was one of several issued by Trump on Saturday covering a range of topics: athletes’ protesting at football games, Sen. John McCain’s decision not to support the GOP health care bill, NBA star Stephen Curry and an event at the White House, Trump’s support of Sen. Luther Strange in Alabama’s GOP Senate runoff, and his pride in first lady Melania Trump representing the U.S. in Toronto.