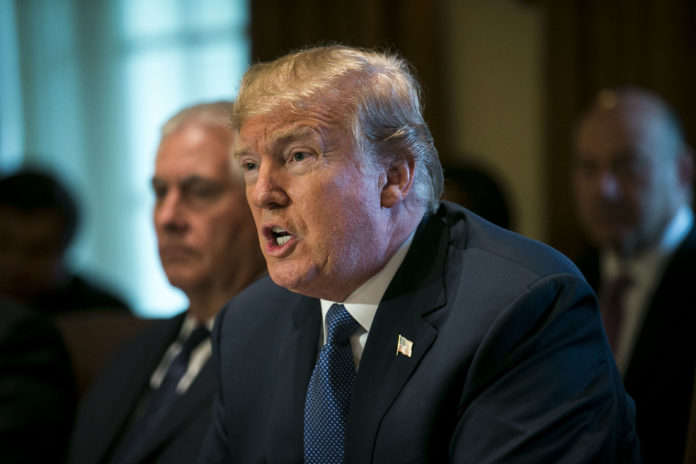 It was not immediately clear whether the Somalia strikes were carried out as presidentially directed retaliation for the truck attack that killed eight people.

The alleged New York attacker, Sayfullo Saipov, told FBI interrogators that he was inspired by IS, and Trump wrote in a tweet that the group claimed Saipov as “their soldier.”

Trump tweeted: “Based on that, the Military has hit ISIS ‘much harder’ over the last two days. They will pay a big price for every attack on us!”

Asked about this later, Trump told reporters before he departed on his Asia trip, “”What we’re doing is every time we’re attacked from this point forward — and it took place yesterday — we are hitting them 10 times harder. So when we have an animal do an attack like he did the other day on the west side of Manhattan we are hitting them 10 times harder.”

The Somalia attack involved two airstrikes overnight, according to a U.S. official who was not authorized to discuss the matter publicly and so spoke on condition of anonymity. It was the first time the U.S. military has done airstrikes against IS-affiliated fighters in Somalia, where the group is a growing presence.

The military’s daily rundown Friday of U.S. and coalition airstrikes against Islamic State targets in Iraq and Syria reported nine strikes in Syria on Thursday and four in Iraq. That is consistent with strike levels throughout this week.

Asked about Trump’s assertion that the military is striking IS “10 times harder,” the Pentagon issued a brief statement saying the U.S. continues to strike IS, along with al-Qaida and other like-minded extremist groups, “wherever they are globally and at a time of our choosing.”