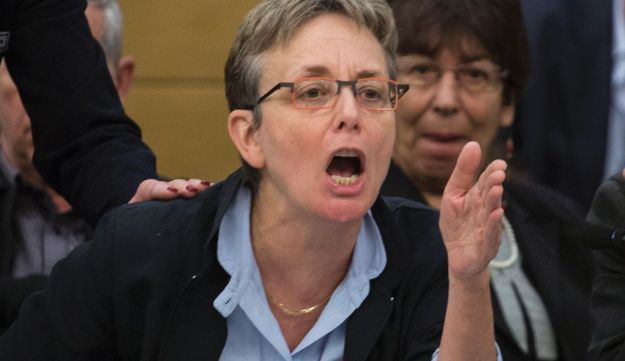 Mrs. Leah Goldin, the mother of Lt. Hadar Goldin spoke with Galei Tzahal (Army Radio) host Effie Trager on Monday morning 17 Cheshvan, explaining her decision to petition the High Court of Justice against the Government of Israel, seeking to compel the government to implement its own decision.

On January 1, 2017 the cabinet passed a decision to harshen the conditions for terrorists imprisoned in Israel to the minimum permitted by law. Over 40 MKs signed a petition calling to halt visits to these terrorists as well until Hamas turns over the bodies of Goldin and Sgt. Oren Shaul.

Mrs. Goldin explained “the cabinet is ignoring its own decision so it appears we must turn to enforcement agency, as to date, there is nothing more than talk from the cabinet. We hear ‘we won’t have a Gilad Shalit ‘2. Since when did we ask for such a deal?”

The cabinet promised to lower the standard of terrorists imprisoned in Israel and not to return dead bodies of terrorist and take other measures to crack down, but in reality, this does not occur. Mrs. Goldin is aware terrorists enjoy many perks that Israel is not required to give them under international law, and she hopes the High Court will see their position.

Mrs. Goldin added, “Hadar was killed by terrorist who came out of a tunnel during a ceasefire and they grabbed his body and are still holding it. There are things that can be done but they are still not being done. Why are they being treated so well in prison and why do they receive more than the minimum the law requires” she questions in reference to the imprisoned terrorists.