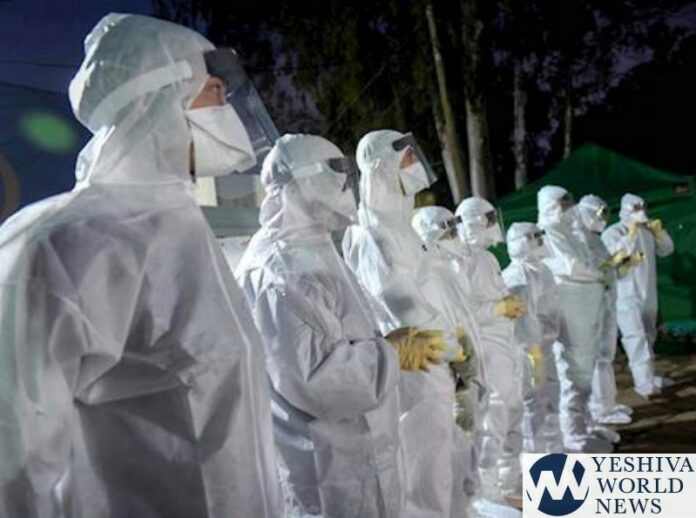 There are 1,071 people in Israel who have been diagnosed with the coronavirus, Israel’s Health Ministry announced on Sunday morning. Eighteen patients are in serious condition, 24 are in moderate condition and 37 Israelis have recovered from the virus.

Four of the newly diagnosed patients live in Efrat, a town of 10,000 in Gush Etzion, which now has a total of 23 patients with the coronavirus, 13 of whom live in the same neighborhood.

Two local teachers were diagnosed with the virus, an elementary school teacher and a high school teacher, forcing about 800 families to self-quarantine. Medical workers and volunteers are going door-to-door to test residents who are displaying symptoms.

One of the newly diagnosed patients is a 19-year old IDF soldier, raising the number of IDF service members with the virus to 15.

Over 3,000 medical professionals are currently in quarantine, including 814 doctors and 893 nurses.

Israeli is delaying the switch to daylight savings time to discourage people, especially children and the elderly, from being on the streets for additional hours in the evening. The initiative was proposed several days ago by Interior Minister Aryeh Deri and approved by Prime Minister Binyamin Netanyahu.

Israel was slated to switch to daylight savings time at the end of the week overnight Thursday on March 26. The switch will be delayed until May 1.

Attorney-General Avichai Mandelblit approved the proposal and the Justice Ministry is assisting Deri to legislate the emergency bill and have it legally approved.

Magen David Adom announced on Motzei Shabbos that it is establishing another three drive-through testing stations for the coronavirus in Haifa, Jerusalem and Be’er Sheva. The Jerusalem testing facility will be set up in the parking lot of the Teddy Stadium, a sports stadium in Malcha.

The first drive-through testing facility, dubbed “Drive & Test” by the MDA, opened in Tel Aviv on Friday in the parking lot of Ganei Yehoshua, enabling Israelis who are displaying symptoms for the virus to be tested while sitting in their cars. Those who believe they may need to be tested call MDA and receive a code on their smartphone allowing them access to the drive-through center.

Israelis without private cars who are referring for testing will be tested at home.