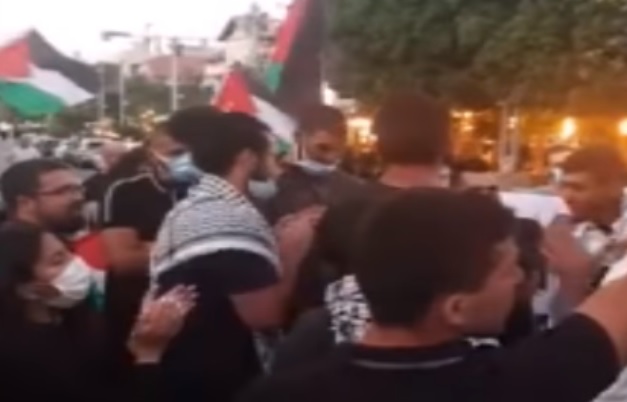 Israeli-Arabs in Haifa called to kidnap IDF soldiers and attack the Shin Bet at an anti-Israel protest on Tuesday, Arutz Sheva reported

The protest was in response to the death of Iyad al-Hallak, 32, an autistic man shot by Border Police officers in East Jerusalem on May 30. The officers, who did not realize that al-Hallak has special needs, mistakenly thought that he was brandishing a weapon, which turned out to be only a cellphone.

The dozens of protestors, some who were waving PLO flags, yelled “Kidnap soldiers and release the prisoners! Tell the dogs at the Shin Bet to get ready – because the time for a fight has come! Death and not humiliation.”

The protest was documented by Channel 12 journalist Furat Nassar and translated by Im Tirzu, a Zionist watchdog group, which filed a police complaint for incitement.