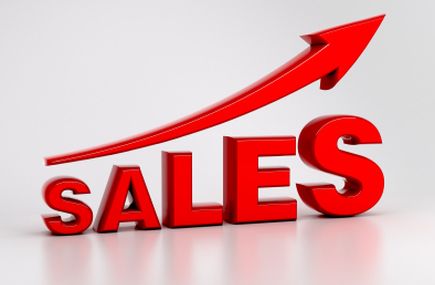 U.S. retail sales climbed a solid 7.5% in June, a sign that the economy was healing right before infections from the coronavirus spiked again and dragged down hopes for a steady recovery.

The Census Bureau reported Thursday that retail sales are 1.1% higher than their levels from a year ago, after a brutal plunge in March and April was offset by a decent rebound in May and June. But any gains might be short-lived as infections began to rise toward the end of June.

The report shows how shoppers and businesses are adjusting to life in a pandemic, changing their habits in hopes of halting an illness that can quickly flare-up and wreak financial havoc.

Bars in Texas shuttered again at the end of last month as infections surged in that state. Pennsylvania this week ordered that restaurants can only seat 25% of their potential customers. Gap, Kohl’s and other stores are withdrawing clothes worn in their changing rooms from sales floors for several days as a precautionary move. Adding to all this pressure are signs that the recovery in consumer spending began to stall at the end of last month, according to analysis of credit cards by the bank JPMorgan Chase.

“I suspect the modest pullback we have seen in our card spending data since late June is driven by concern about the resurgence of COVID-19,” said Jesse Edgerton, an economist with the bank.

Non-store sales—which includes online shopping—slumped 2.4% over the past month but are 23.5% higher from a year ago. Spending at restaurants and bars jumped 20% last month, but it’s still down 26.3% from last year. Sales at clothiers more than doubled between May and June, yet they’ve collapsed 23.2% from a year ago.

Shoppers have responded by shifting their spending, and not only to online retailers. Sales at building materials stores were up 17.3% annually. Stores in the sporting goods, musical instrument, books and hobbies categories have enjoyed yearly growth of 20.6%. Purchases at grocers have increased 11.7% over the past year.