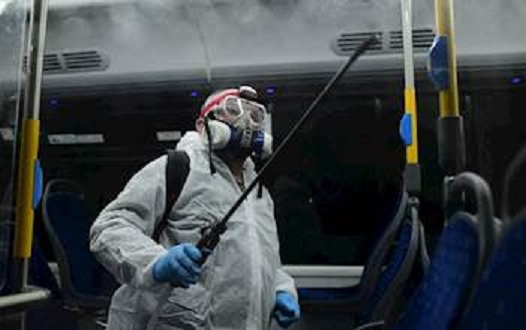 Israel’s Health Ministry recorded 1,999 new coronavirus cases on Tuesday morning in the previous 24 hours, raising the number of active patients to 31,875, with 321 in serious condition, of whom 97 are ventilated. The death toll has risen to 474.

Health Minister Yuli Edelstein announced the appointment of Dr. Sharon Alroy-Preis to the position of the ministry’s head of public health, replacing Prof. Sigal Sadetsky, who resigned earlier this month amid criticism of the government’s response to the pandemic.

Alroy-Preis has served as the Deputy Director of the Carmel Medical Center since 2015 and interestingly was the New Hampshire State Epidemiologist from 2010 to 2013. She has a master’s degree from the Dartmouth Institute for Health Policy and Clinical Practice in New Hampshire.

The new criteria do not allow asymptomatic people to be tested unless they have been exposed to a confirmed carrier, reducing the number of tests performed, and confirmed carriers can now end their quarantine after a certain number of days, drastically reducing the number of tests performed since in the past each carrier had to receive two negative test results before leaving quarantine.

The Health Ministry launched the newly revamped coronavirus tracking app, the Magen 2.0 app, which warns users of exposure to confirmed coronavirus carriers, on Monday. HaMagen, the first version of the app, was prone to errors.

Following the end of the strikes of Israel’s nurses and social workers, bus drivers are now threatening to begin a strike on Wednesday, claiming that they are not receiving enough protection from the coronavirus.

The reason for their complaints is that although bus users can no longer pay in cash, an exception was made for elderly passengers and those who live in Judea and Samaria. Bus drivers feel that their health is being put at risk due to being forced to accept cash payments from these passengers.

Bus companies that belong to the Bus Drivers’ Union, including Dan, Superbus, Egged Taavurah, Afikim, Netiv Express, and Kaviim, are participating in the strike.

Yoav Simchi, Chairman of the Israel National Labor Federation, to which the Bus Driver’s Union belongs, requested on Monday that the government order a halt to cash payments.

Over a thousand bus drivers have contracted the coronavirus and hundreds are currently in quarantine.

According to a Ynet report, Transportation Minister Miri Regev is negotiating with the Finance Ministry to allow elderly passengers to ride the bus for free for the time being due to bus drivers’ refusal to accept cash payments.

Although partitions are supposed to have been installed around the drivers’ seats on buses, most buses are still lacking the partitions.

According to a report by Israel’s Coronavirus National Information and Knowledge Center earlier this month, using public transportation is considered moderately risky.