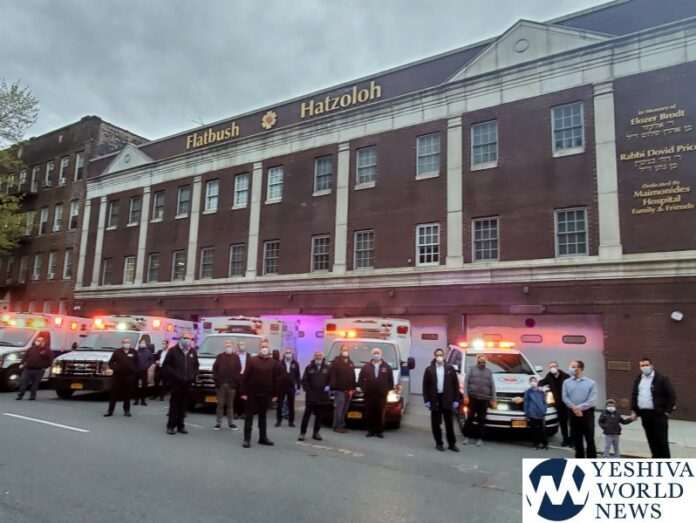 56 branches of Hatzalah around the world have already confirmed their participation in Hatzalah-Week, a week of celebration and support of the Hatzalah organization and its devoted volunteers around the world.

The week-long event will serve to raise millions of dollars for Hatzalah branches around the world, and will include a night of Music and Celebration as the second Unity Torah is completed in a grand worldwide event.

The 2nd Hatzalah-Thon event will take place on Lag B’Omer, culminating the writing of the Unity Torah begun in an effort to end the COVID pandemic by uniting Jewish people around the world, due to the now-famous story of the Baal Shem Tov’s instructions in response to an epidemic in the town of Mezibush. The excess proceeds raised are donated to Hatzalah, the heroic volunteers who were on the front lines risking their lives to save others during the pandemic.

During the month of Iyar of last year, the final letters were allocated in the first Unity Torah, and organizers Shloime Greenwald, Beryl Junik and Zalmy Cohen launched the Hatzalah-thon fundraiser to raise funds for the Hatzalah organization worldwide and highlight the tremendous self-sacrifice of the volunteers around the world who were at the front lines during the height of the pandemic. 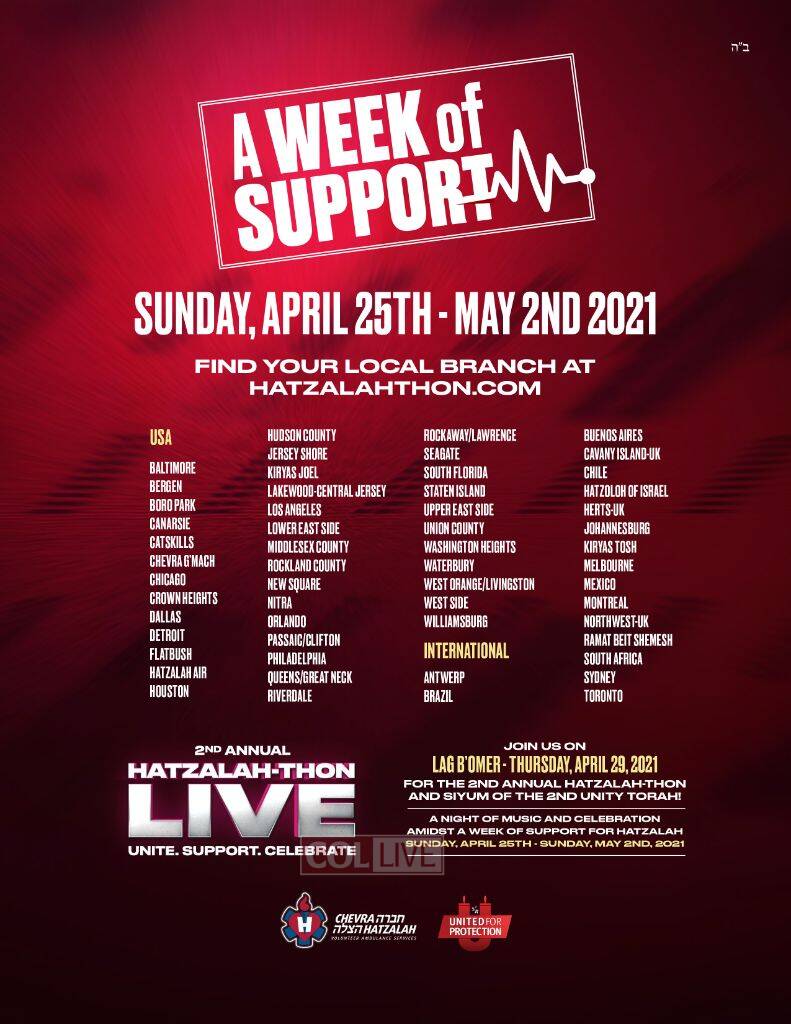 Last year, the first Torah was completed and was dedicated in a grand celebration, streamed live around the globe. The grand celebration was viewed by half a million people around the world, and brought joy, comfort and hope to a world being ravaged by the terrible pandemic.

Now, a year later, the second Torah will be completed on Lag B’Omer, once again with a grand celebration to be streamed live around the world.

The Siyum will be held in the midst of a week of support for Hatzalah, with branches across the world joining to be part of the global event.

The Torah completion ceremony will take place on April 29, 2021 – Lag B’Omer and will stream live on UnitedforProtection.com and on COLlive.com, Yeshiva World, VIN News, Matzav and The Lakewood Scoop.

The following branches of Hatzalah have joined thus far: