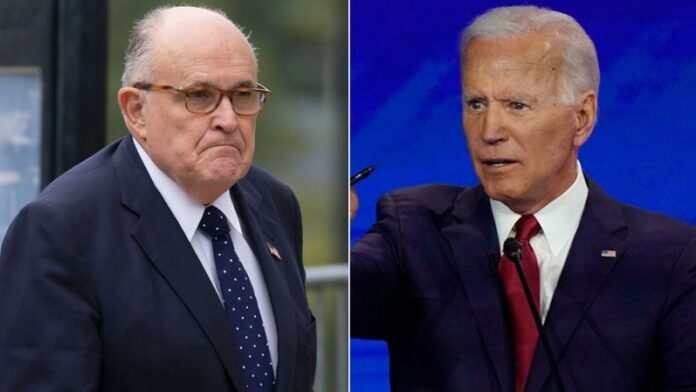 President Biden said he did not know about the FBI plans to raid the home of former President Trump’s personal attorney and former New York City Mayor Rudy Giuliani before it happened, and that he learned of the operation “when the rest of the world learned about it.”

NBC News asked Biden in a Thursday interview if he was aware of the FBI raid on Giuliani’s home beforehand.

“I give you my word I was not,” Biden replied. “I made a pledge. I would not interfere in any way or try to stop any investigation the Justice Department had underway. I learned about that last night when the rest of the world learned about it. My word — I had no idea this was underway.”