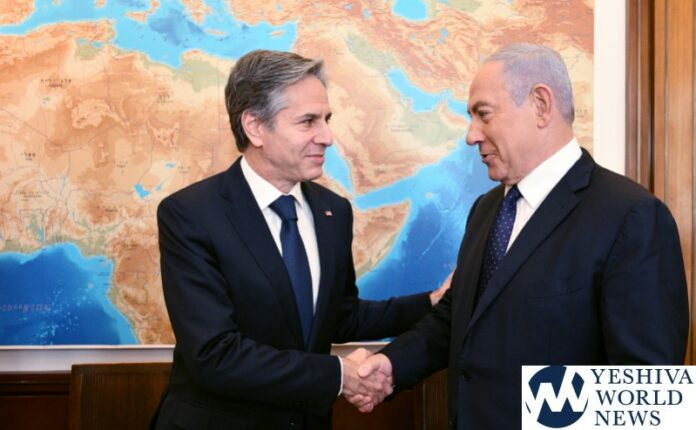 Secretary of State Antony Blinken landed in Israel on Tuesday morning at about 8 a.m. and was greeted on the tarmac at Ben-Gurion Airport by Foreign Minister Gabi Ashkenazi and Israel’s Ambassador to the U.S. Gilad Erdan.

Blinken is on a visit to the Middle East to “solidify the ceasefire,” begin efforts to reconstruct Gaza, and engage in efforts to rebuild ties with the Palestinians.

Blinken met with Prime Minister Binyamin Netanyahu at his office in Jerusalem and then held a joint press conference with the prime minister.

During his remarks, Netanyahu thanked the US for its “firm support for Israel’s right to defend itself” and warned that if Hamas strikes again, Israel’s response will be forceful.

“I have to say that Secretary Blinken, in a previous capacity, in 2014 when we had another round of engagement against Hamas aggression, supported us by having Iron Dome replacements of a quarter of a billion dollars, which you personally shepherded through the system very quickly,” Netanyahu said. “And we remember it and we are very grateful.”

“Now you’re doing that again, giving replenishments of our Iron Dome interceptors, which saved civilian lives on both sides.”

“We, too, will give meaning to our self-defense if Hamas breaks the calm and attacks Israel. Our response will be very powerful.” 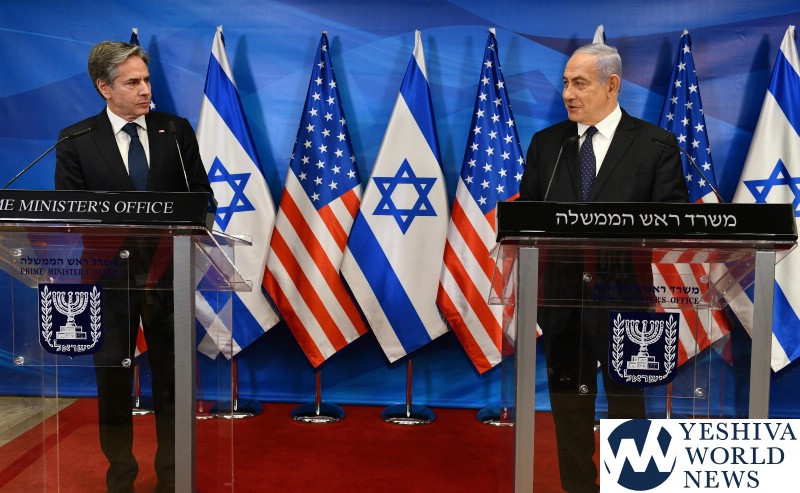 The prime minister said that he and Blinken also discussed ways to rebuild Gaza without rearming Hamas.

Netanyahu also spoke about Iran: “I hope that the United States will not go back to the old JCPOA. We believe that that [2015] deal paves the way for Iran to have an arsenal of nuclear weapons with international legitimacy.” 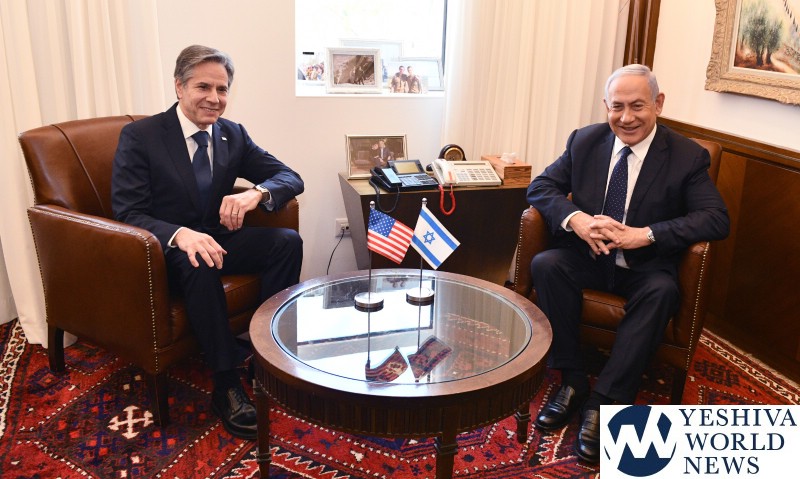 “Whatever happens, “Israel will always reserve the right to defend itself against a regime committed to our destruction, committed to getting the weapons of mass destruction for that end.”

He will then travel to Ramallah to meet with Palestinian Authority President Mahmoud Abbas and then continue on to Egypt and Jordan. 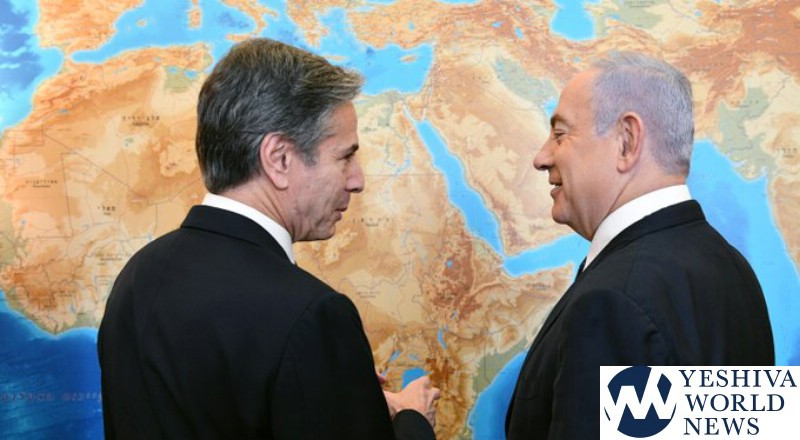