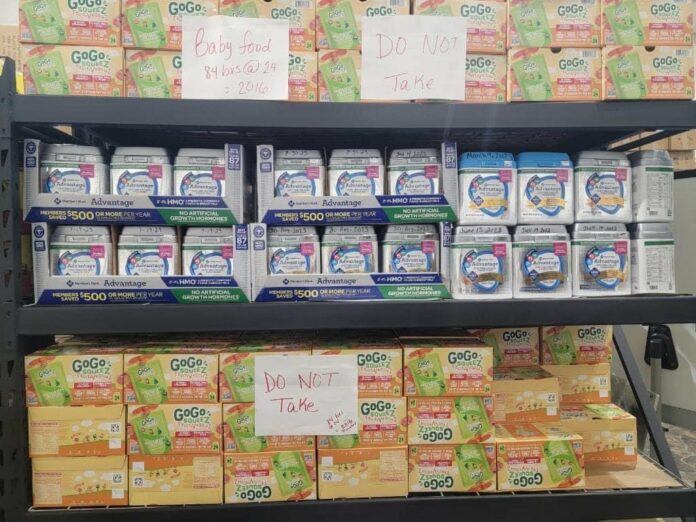 With the baby formula shortage reaching crisis levels, Rep. Kat Cammack made a stunning revelation: pallets upon pallets of baby formula, including some hard-to-find ones, are being sent to the border to be given to illegal immigrants who were apprehended.

This, despite American citizens frantically searching for any available baby formulas for their infants, not to mention children with special dietary restrictions who require specialized formulas.

Rep. Cammack posted side-by-side photos of empty baby formula shelves at a store in her own district, along with a photo of shelves stocked with the precious formula at the Ursula Processing Center at the U.S.-Mexico border.

The first photo is from this morning at the Ursula Processing Center at the U.S. border. Shelves and pallets packed with baby formula.

The second is from a shelf right here at home. Formula is scarce.

Rep. Cammack said a concerned border patrol agent sent her the photo. He said, according to the lawmaker, that she “would not believe the shipment I just brought in.”

“He has been a border patrol agent for 30 years and he has never seen anything quite like this,” the congresswoman said. “He is a grandfather and he is saying that his own children can’t get baby formula.”