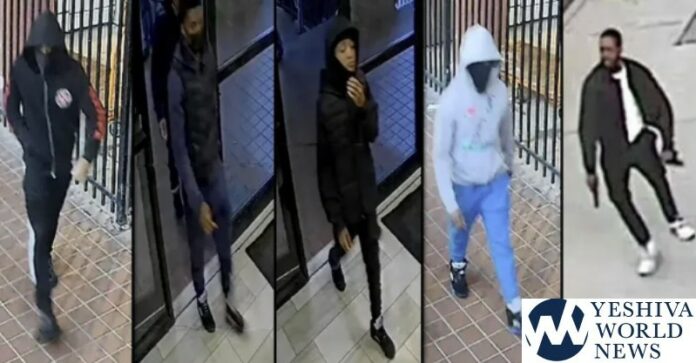 At least five people opened fire at each other in broad daylight on a Brooklyn street on Sunday, shocking video of the incident shows.

Two groups, each consisting of four people, were seen approaching the others on Mermaid Avenue near West 25th Street in Coney Island, when at least 5 whipped out guns and opened fire, shooting around 36 rounds in total.

Nobody was injured in the incident, but property in the area was damaged. One of the groups fled down West 25th Street, while the other ran eastbound on Mermaid Avenue.

Police are still working to identify the suspects and bring them into custody.