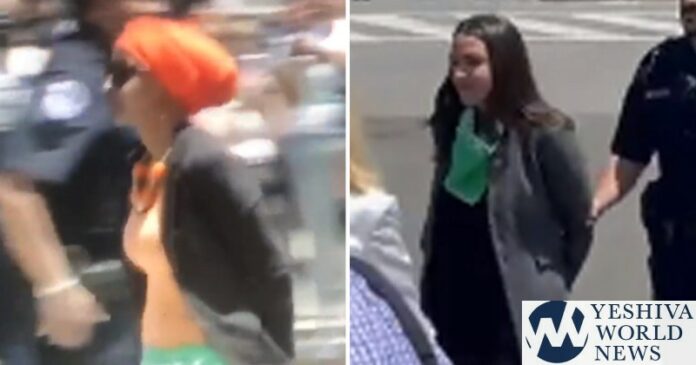 Several members of Congress, including anti-semite Rep. Ilhan Omar, were arrested Tuesday by Capitol Police as they protested against the overturning of Roe v. Wade outside the Supreme Court in Washington, D.C. Another lightning rod, Alexandria Ocasio-Cortez, seemingly tried to get arrested but was instead escorted away from the area while looking very pleased with herself.

The protesters were blocking traffic and had received ample warning from police that they would be arrested if they didn’t move.

“It is against the law to block traffic, so officers are going to give our standard three warnings before they start making arrests,” Capitol Police tweeted.

Several minutes later, police said that “some of the demonstrators are refusing to get out of the street, so we are starting to make arrests.”

At least one other member of Congress besides Omar was arrested – Rep. Alma Adams of North Carolina.

Video from the scene showed Rep. Alexandria Ocasio-Cortez, D-N.Y., being led away by police with her arms crossed behind her back, though no handcuffs were visible.

Today I was arrested while participating in a civil disobedience action with my fellow Members of Congress outside the Supreme Court.

I will continue to do everything in my power to raise the alarm about the assault on our reproductive rights! ✊🏽pic.twitter.com/rpFYOGBDf4