As the dust begins to settle following Israel’s 3-day military operation against the Palestinian Islamic Jihad (PIJ) terrorist group in Gaza, the statistics of the brief war are emerging.

In all, PIJ terrorists fired roughly 1,100 rockets and mortars at Israeli civilian communities. 380 of those were intercepted by the Iron Dome, giving the anti-missile defense system a 96% success rate over the course of the 56 hours of fighting. According to IDF estimates, some 200 rockets fired by PIJ terrorists went off-course and struck inside Gaza. Some of those misfires wound up killing Gaza civilians, including numerous children. 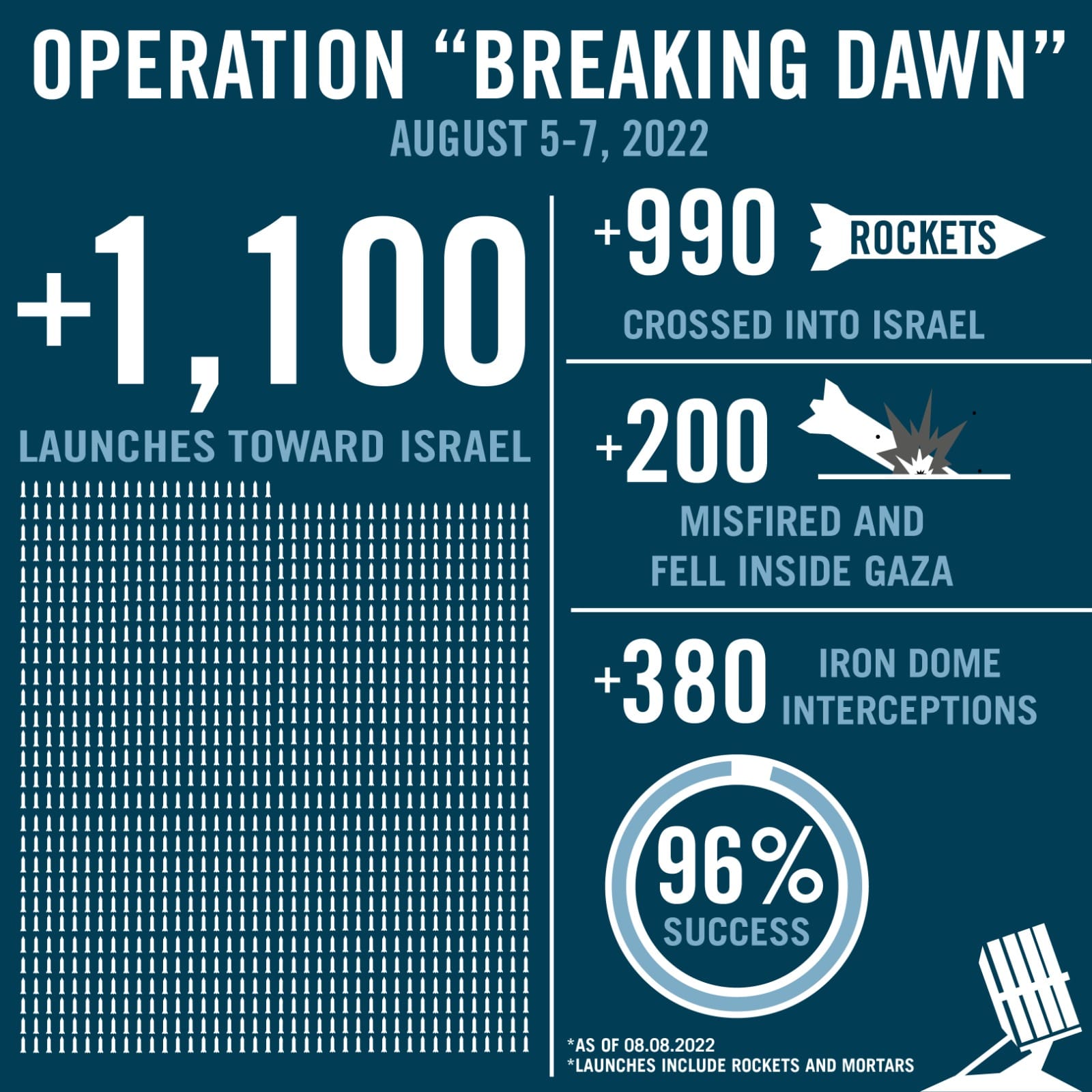 Strikes by the numbers, per IDF:
– 170 PIJ targets struck
– 35 killed
– 16 killed by misfired PIJ rockets
– 11 others uninvolved killed in airstrikes

IDF says there were more non-involved Palestinian deaths that were caused by errant PIJ rocket fire than by IDF attacks. Incidents in which children and non-involved people were killed by IDF fire are under investigation. One Israeli in Ashkelon was injured during the fighting and was taken to the hospital.