He was formerly the commander-in-chief, now he’s the troller-in-chief. Former President Donald Trump on Wednesday delivered several spoof endorsements of New York Democrats in a series of bitingly sarcastic posts on Truth Social.

In one post, Trump said “it is my great honor to Strongly Endorse” Dan Goldman, a candidate running in New York’s 10th District.

“I do this not because of the fact that he headed up the Impeachment Committee and lost, but because he was honorable, fair, and highly intelligent,” Trump wrote tongue-in-cheek. “While it was my honor to beat him, and beat him badly, Dan Goldman has a wonderful future ahead.” 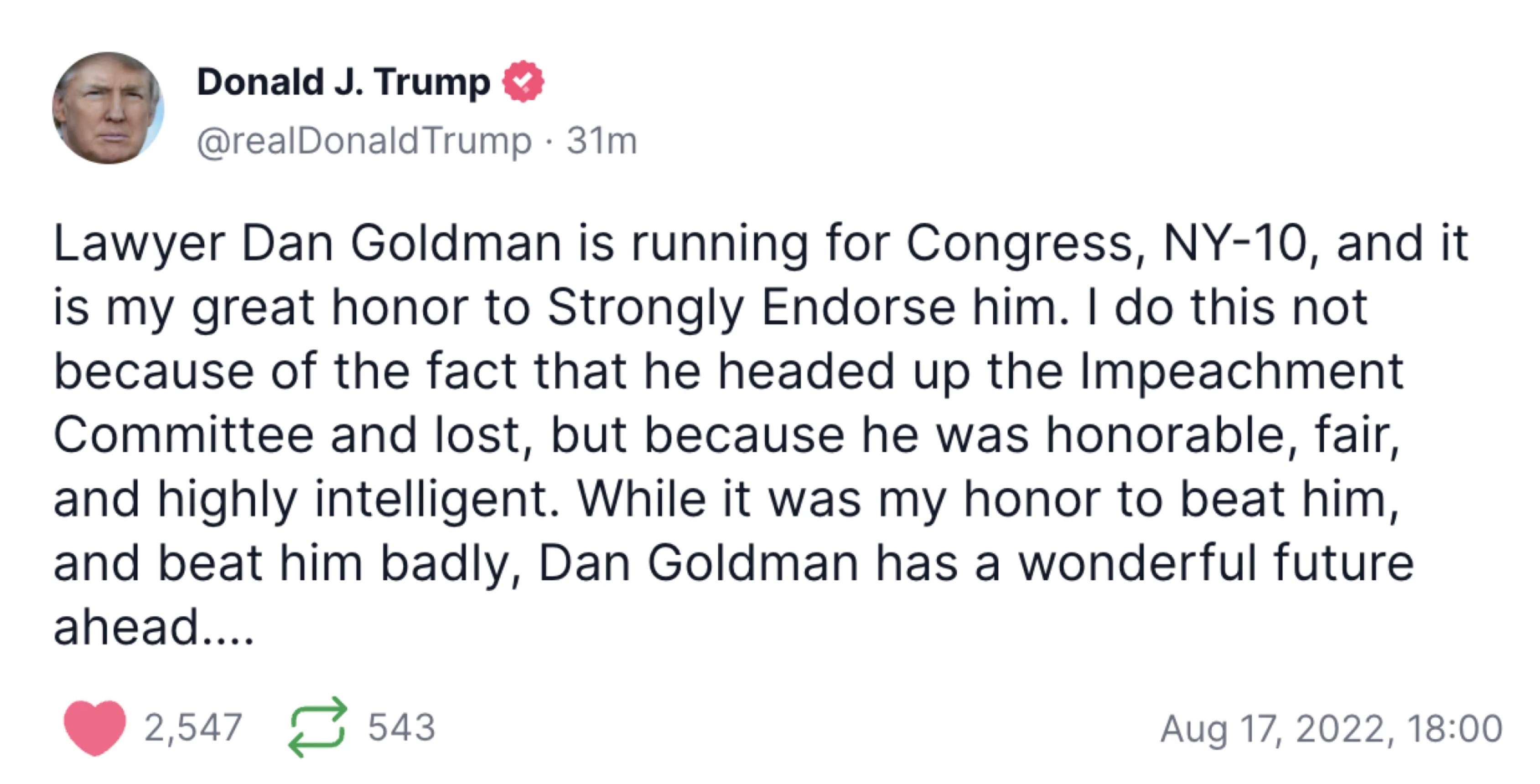 “She begged for a check with no quid pro quo, and I gave it to her. In fact, I gave her many…,” Trump wrote.

Trump also “praised” Jerry Nadler, but said that Maloney, a woman, “is the better man.” 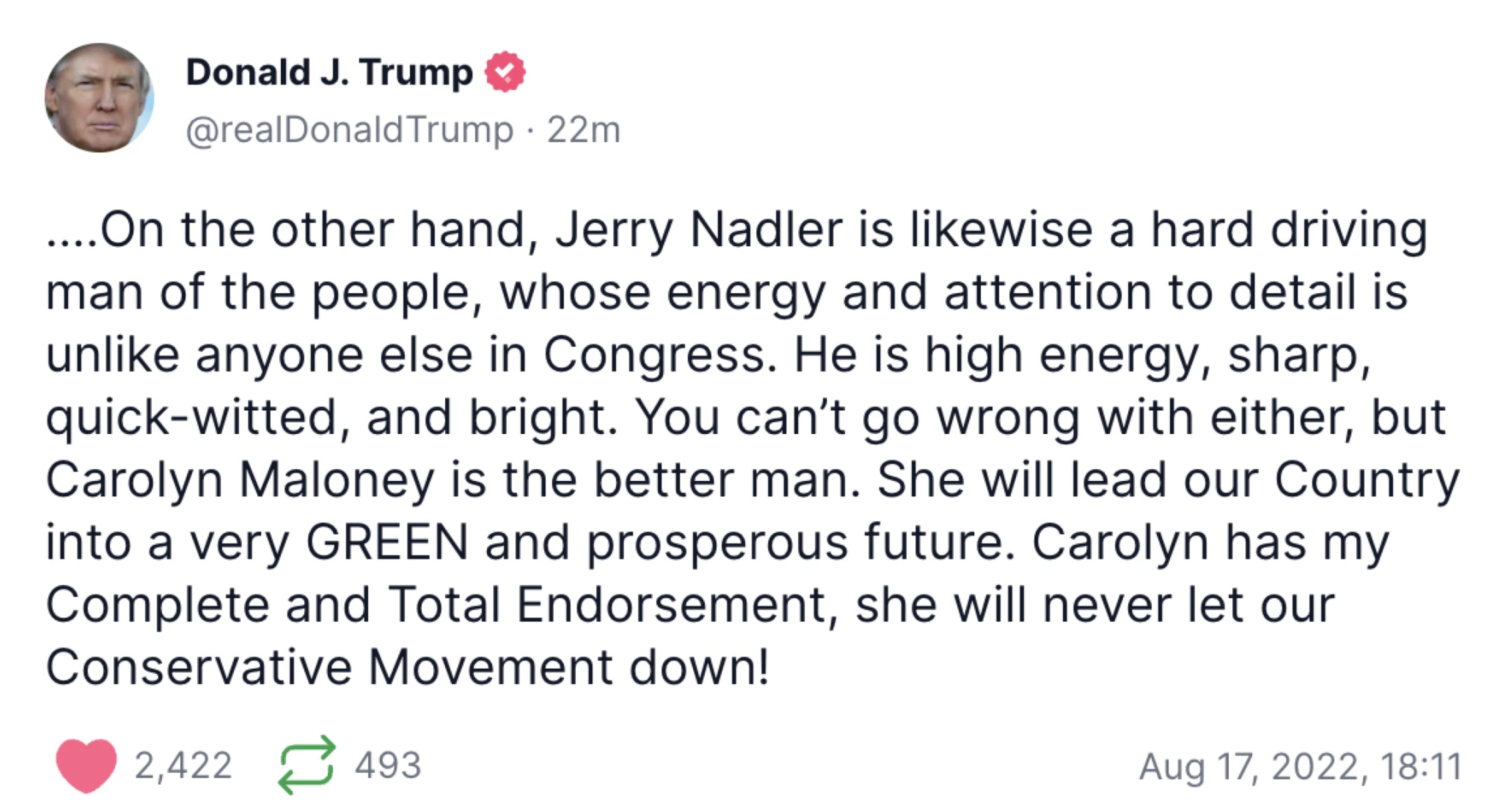