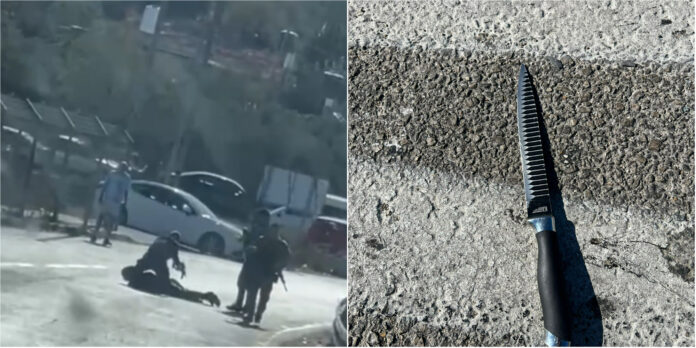 A Palestinian woman on Sunday morning approached the al-Jib checkpoint next to Givat Ze’ev armed with a knife.

Border Police officers yelled at her to halt and when she ignored their calls, they fired in the air. She then halted and threw the knife down.

The suspect, a 24-year-old resident of the nearby village of al-Jib was arrested and transferred to the Shin Bet for questioning. During her interrogation, she admitted that she planned on carrying out a stabbing attack.

In recent days, Israeli security forces have received dozens of warnings of planned attacks throughout Israel, mainly from terrorists in the Jenin and Shechem areas.