Likud MK Nir Barkat on Friday davened at the kever of Rav Nachman M’Breslov in Uman under heavy security.

Barkat’s visit to Uman was part of a trip he made to Ukraine on the invitation of Kyiv Rav Rabbi Moshe Asman in order to be mechazeik the Jewish kehillos there. The former Jerusalem mayor met with Rabbanim and Breslover askanim and toured several bombed cities.

Barkat also met with the governor of Uman and discussed the issues surrounding the arrival of Israelis in the area for Rosh Hashanah. On Friday, a senior adviser to Ukrainian President Volodymyr Zelenskyy told Israel’s Kan News that “Russia will deliberately fire missiles at Uman on Rosh Hashanah.”

In Israel, Foreign Ministry officials are reportedly furious that Barkat traveled to Ukraine at a time when the ministry and the National Security Council (NSC) are imploring Israelis to avoid traveling to the war-torn country.

Barkat did not announce his trip prior to his arrival and did not coordinate his trip with any government officials. It should be noted that Barkat, the wealthiest MK in the Knesset, paid for the trip and security himself.

Deputy Foreign Minister Idan Roll said: “I am concerned about members of the Knesset who, instead of serving as a personal example to the large religious public in Israel, choose to ignore the unequivocal travel warning to Ukraine and endanger themselves and others. I know this is a difficult concession, but again, I ask that you refrain from traveling to Uman this year, for your own safety.”

Barkat didn’t remain silent, slamming the government in return: “Unfortunately, the Israeli government is the one that is absent from Ukraine at this difficult time of a war when innocent people are being harmed. The US Secretary of State, the British Minister of Defense, and officials from all over the world have come to Ukraine. The atrocities in Ukraine are shocking and we as Jews should be the first to express support for the Ukrainian people and the Jewish community in Ukraine.”

During the trip, Barkat also visited Kyiv and met with the chairman of the Ukrainian parliament Ruslan Stefanchuk.

Below is a video of Barkat with Rav Moshe Asman: 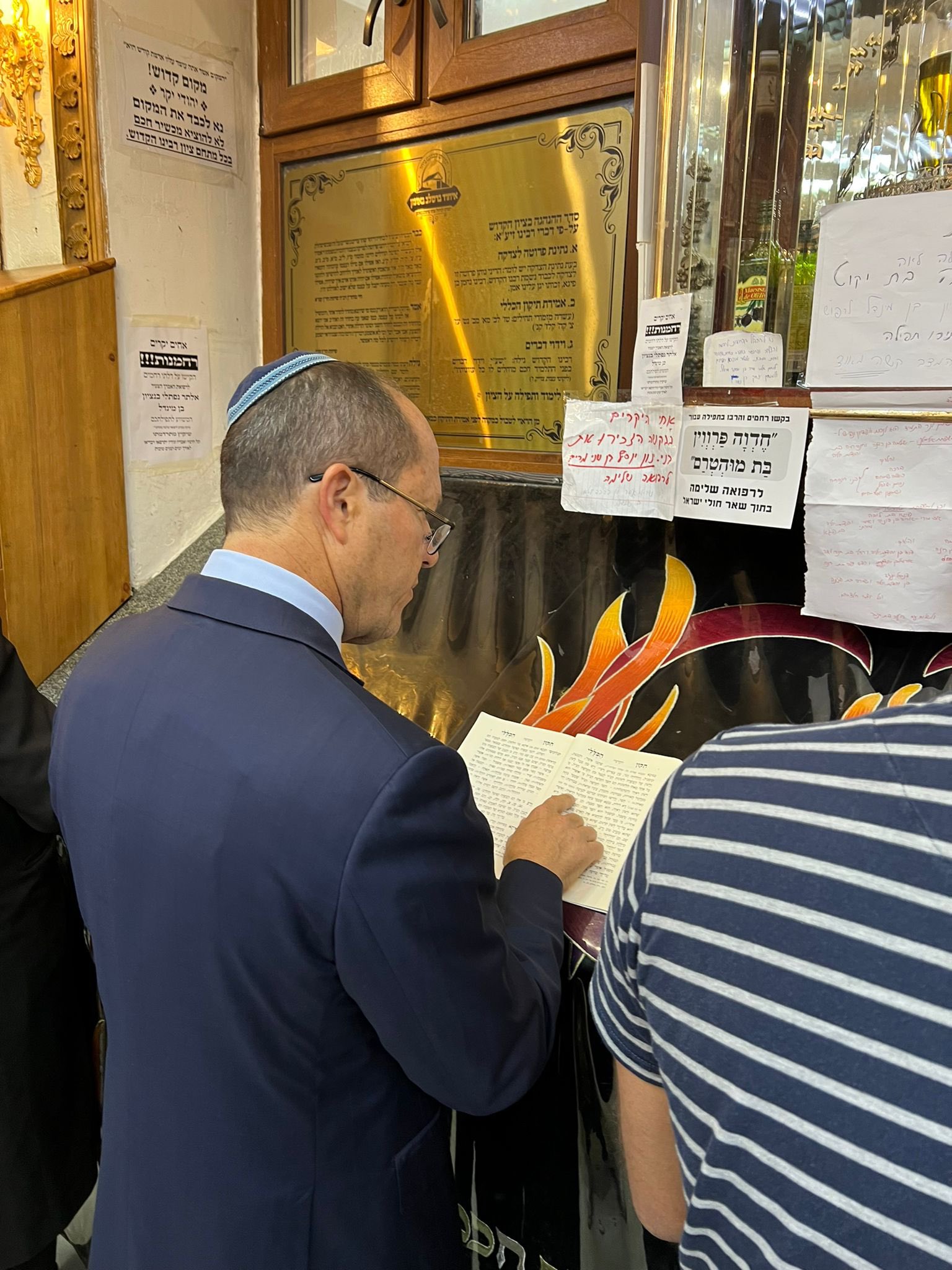