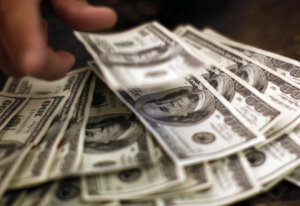 It is one of the first shailos that a Bar Mitzvah boy asks: Am I obligated to give Maaser on moneys that I received for my Bar Mitzvah?

The question is that is not dealt with in the Poskim of the past, primarily because the idea of gift-giving for a Bar Mitzvah is only of recent vintage. I recall one of my Rebbeim, Rav Dovid Kviat zt”l, explaining the Bar Mitzvah celebrations that occurred when he was growing up in Poland prior to World War II. “If someone’s father was wealthy, they served Kichel after the Bar Mitzvah – everyone else just got an Aliyah and a Mazal Tov.” There were no gifts or presents of money, and therefore the Maaser question was relatively moot.

It is well known that, in general, there is a three way halachic dispute regarding the obligation of Maaser on monetary income. Some hold it is biblical (Maharil according to Chsam Sofer YD 232; Tosfos Chadoshiml TaZ according to AH 249:5), others hold it is only rabbinic (TaZ according to Tzitz Eliezer 9:1; AH 249:2), and yet a third view holds that it is just a strong recommendation but not obligatory (Pischei Teshuvah YD 331:12 Rav Moshe Feinstein IM EH III #43).

The shailah regarding Bar Mitzvah gifts is dealt with, however, among contemporary Poskim (See Orech Tzedakah page 252 and Rav Karelitz’s notes in the end of the volume). Rav Nissin Karelitz states that it is worthy to train one’s son in this worthy Minhag.

Rav Shmuel Vosner on the other hand rules that there is no obligation whatsoever for a Bar Mitzvah bochur to give Maaser. The Minhag seems to follow Rav Vosner’s view, but it is certainly worthwhile to train the young man to give some Tzedakah with it.

The Maharam Karagoya in Yad HaLevi (YD #44) states that in his city the custom was for grooms and brides not give Maaser on gifts that they received because they too have to give gifts to weddings that they are invited to and it is considered like a loan. He bases this on the Gemorah in bava Basra 145b regarding Shoshvinos. This may be similar to our case of Bar Mitzvah presents. Rav Yaakov Kamenetzky zt”l also ruled that a Bar Mitzvah boy is not obligated to give Maaser, citing the Gemorah in Bava Basra as a proof as well.

Rav Chaim Kanievsky is cited in a short ruling in Rabbi Boruch Rikovsky’s HaKatan V’Hilchosav (page 19)as holding that he does not have to give on items but he should give on moneys that he had received. Rav Menashe Klein (Mishne Halachos 12:341) rules that one must give on bar Mitzvah presents.

The Sefer Shaarei Simcha questions whether one is obligated to separate Maaser money at all from gifts that one has received. The Shulchan Gavoah (YD 239:4) rules that, in general, the obligation of giving Maaser applies to both married and single men.

I would suggest that, depending upon the financial circumstances of the family, a Bar Mitzvah boy should give between 1% and 10%. Bar Mitzvah boys of less financial means should at least opt for the 1% so as not to forget the Mitzvah of Maaser. 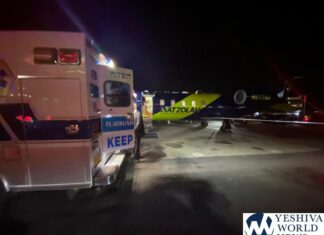