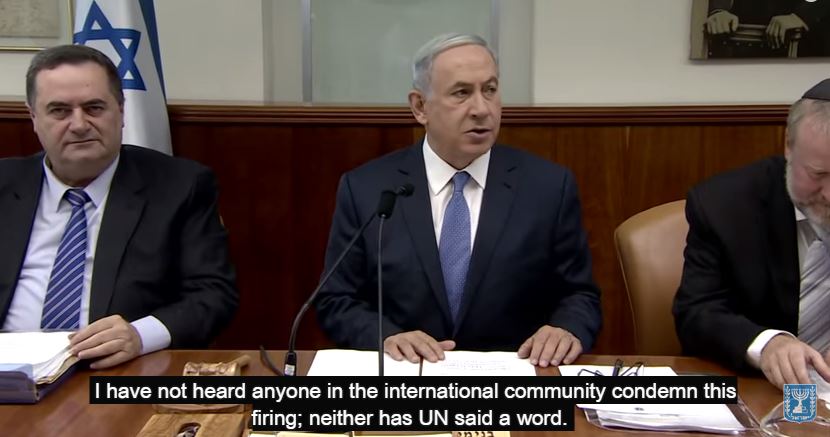 IDF officials report that a fourth Iron Dome rocket defense system has been deployed, situated near Rechovot. The other systems already in place are in Ashdod, Ashkelon and Netivot amid renewed sporadic rocket fire from Gaza.

B’chasdei Hashem the Iron Dome has intercepted the overwhelming majority of incoming rockets from Gaza that were heading for major population centers, saving countless lives.

At the start of the weekly cabinet meeting on Sunday, 20 Sivan, Prime Minister Binyamin Netanyahu told the media “Israel holds Hamas responsible for all firing from Gaza at our territory. I have not heard anyone in the international community condemn this firing; neither has UN said a word. It will be interesting if this silence continues when we use our full strength to uphold our right to defend ourselves. Let it be clear: The spreading hypocrisy in the world will not tie our hands and prevent us from protecting Israel’s citizens. Thus we have acted; thus we will act.

“An additional action that we are in the midst of is establishing an offensive, first of all offensive, but also defensive, network in the face of attempts to boycott the State of Israel and harm the IDF’s right to defend the citizens of the country. As far as those pushing the boycotts are concerned, the settlements in Judea and Samaria are not the focus of the conflict, but our settling in Tel Aviv-Jaffa, Beersheva, Haifa and – of course – Jerusalem.

“While we call for a resumption of the diplomatic negotiations, the Palestinians are taking steps against us at the UN and at the international court in The Hague. They shun negotiations and at the same time are also pushing international sanctions and UN Security Council decisions against us because there are no negotiations. They ran from Barak, Sharon and Olmert, they ran from them all, and then they accuse us. Here as well their cynicism knows no bounds, and I regret that there are those who fall into this trap of organized hypocrisy.

“Against attempts to attack Israel with lies, false accusations and boycotts, we must line up – Right and Left – to rebuff the pressure, expose the lies and attack those who attack us. We will gather forces in Israel and around the world to shatter the lies of our enemies, and we will fight for Israel’s right to live in peace and security, to live at all.”