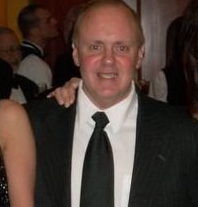 The Sullivan County Legislature has raised eyebrows by appointing a controversial figure to the County’s Human Rights Commission.

Bill Liblick, who runs an internet blog and has dubbed himself as “The Mouth That Roars”, caused a stir in 2007 when he objected to the construction of an eruv by observant Jews in Swan Lake, NY.

Liblick, who lives in CO-OP City in the Bronx, but maintains a weekend residence in the Town of Liberty, characterized the construction of the eruv in his neighborhood as “something sneaky”, according to an article in a local Sullivan County newspaper.

Sources tell YWN that his objections to the eruv were eventually praised by bloggers on a neo-nazi website.

In October of 2012, Bill Liblick was in the spot light when he wrote an opinion column for a newspaper entitled, “Spanish Language Ballots a Waste of Money”. In his column, Bill Liblick criticized the National Voter Rights Act and concluded, “If someone cannot read or write English, perhaps they just shouldn’t vote”. Liblick was once again center stage in June of last year when he was served with ethics charges by Sullivan County for releasing confidential information. Liblick, who serves as a volunteer on the County’s Charter Review Committee was accused of “releasing confidential information as a county employee to further a personal interest.” Even though members of the charter committee are technically considered employees under the County’s ethics regulations, the charges were withdrawn when it was learned that none of the committee members had been provided with a copy of those regulations.

Bill Liblick’s recent appointment to the Human Rights Commission was questioned by some of its current members who claim that their by-laws require a potential candidate to first be interviewed and then be formally recommended to the Legislature for approval. Bill Liblick’s appointment apparently bypassed this process when his name was brought up for a vote at the Legislature’s January Executive Committee meeting.

IDF Reservists To Assist In Corona Wards In Hospitals

Three Coronavirus Hotels Open, One to Cater to Chareidim