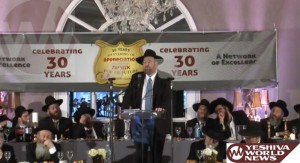 MAILBAG FROM LAKEWOOD RESIDENT: Here Is What I Am Thinking About This Tisha Bav

It was two and a half years ago when Shlomo Yehuda Rechnitz addressed a dinner in Lakewood and gave a speech that no one was expecting. “L’tzaareynu harav, we have a machala in Lakewood,” said Rechnitz. “No other out of town community would ever allow a child to be left without a school. In LA if a child wouldn’t have a school , the first day the whole community would be all over it. The same thing would happen in Baltimore, Chicago, Toronto or anywhere else. This is basically a Lakewood machala. Yes, there a few kids in Monsey, more than a few kids in Brooklyn, but nowhere else and at no other time in history was this problem close to the magnitude it is in Lakewood.” Rechnitz ultimately retracted his words and the firestorm that shook Lakewood to its core slowly settled down with everyone saying that, Baruch Hashem, the situation had changed. Just four months later, my wife and I moved with our two daughters, then ages three and one, to Lakewood. Priced out of the housing market in Crown Heights, we did our homework before making the move, choosing Lakewood because of the affordable housing and the many amenities that it offered, moving our well known, New York based CJ Studios photography business with us. While it was true that the Lubavitch presence in Lakewood was not overly large, we found our place in a community and a shul where we felt at home, and we settled into a more relaxed pace, confident that we had made the decision that was best for our family. Allow me to tell you a little about my family. I am from Denver while my wife hails from Miami. We are your average frum family. We are makpid on pas yisroel, cholov yisroel and I take both my davening and my learning seriously. It never once occurred to us that finding a school for our kids could prove to be a challenge. We couldn’t have been more wrong. We were somewhat discouraged when we first began looking for a school for our older daughter, hoping to find an appropriate place where she could learn and grow. We had been warned in advance that elementary school placements could be difficult, so we started looking for a four year old preschool program in order to get a foot in the door at an early age so that we wouldn’t have a problem down the road. Unfortunately, we struck out everywhere we went, told time and time again that the schools were full, so with no other option we put her into playgroup for four year olds and took comfort in the words of consolation from our friends who told us that we would get her in the following year. “Don’t worry about it,” they told us. “The 4 year old preschools can be harder to get into than the older grades.” “They only take families with kids already in the school.” “Just do to a playgroup this year and things will fall into place next year.” We hit the ground running when the next school year started but by December we were already discouraged because no matter how many applications and deposits we sent out, the rejections kept on coming. We kept hearing … Continue reading MAILBAG FROM LAKEWOOD RESIDENT: Here Is What I Am Thinking About This Tisha Bav