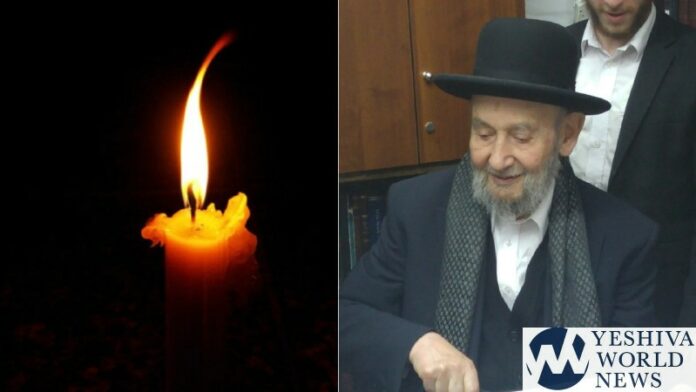 Hagaon HaRav Dov Sternbuch, zt’l, of Bnei  Brak was suddenly niftar on Tuesday afternoon at the age of 96.

HaRav Dov was born in London where he learned in the yeshivah of Rav Moshe Schneider, ztl and was the chavrusa of the Gaon Harav Avrohom Gurwicz, Rosh Yeshivas Gateshead. He was a Talmid Chacham who knew Shas baal peh.

His brother, Hagaon Rav Moshe Sternbuch, said a number of times that “Rav Dov is a bigger Talmid Chacham than me.”

Harav Dov once sent a letter to Harav Chaim Kanievsky asking a shaila if he could request from the tzibur not to stand up for him when he enters shul. Harav Kanievsky answered him that getting up is the tzibur’s mitzvah and he shouldn’t take away their mitzvah.

The levaya will leave from the niftar’s home on Rechov Rebbe Nachman M’Breslov in Bnei Brak at 8 p.m. and at 10:30 p.m. from Shamgar in Jerusalem to Har Hamenuchos.