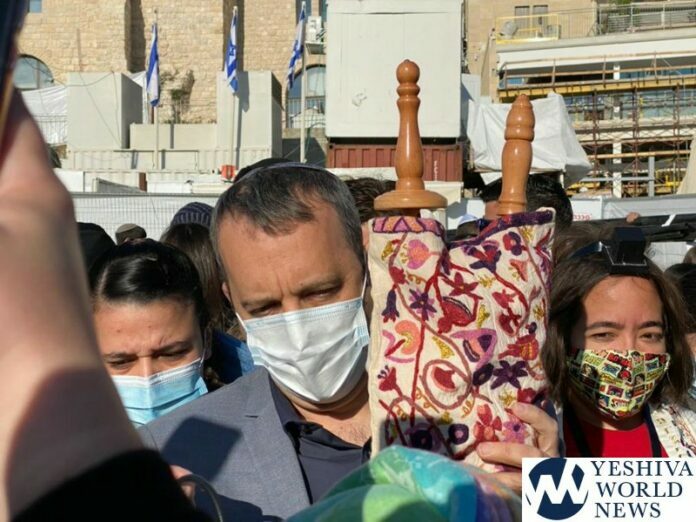 Following Rabbi Eliezer Melamed’s support for a reform prayer section at the Kosel, Chareidi store owners have begun to boycott Rabbi Melamed’s sefarim “Peninei Halacha”, which have been sold in many locations.

According to reports in Bchadrei Charedim, store owners have begun packaging up the Peninei Halacha series books in order to return them to the publisher. One store owner told Bchadrei that “All of the sefarim of the ‘Reform Rabbi’, Eliezer Melamed are being packed up from Chareidi stores and sent back. That’s it. It’s the end of an era. We won’t sell his books any longer. Books of Reform Rabbis won’t make their way into the Chareidi communities.”

The umbrella organization of the Reform Movement in Israel which calls itself the “Traditional Movement, celebrated Rabbi Melamed’s support. “Rabbi Melamed is leading a brave position with everything connected to building a dialogue between the different streams of Judaism. This is something that we value greatly, especially after Tisha B’Av. Now is the time to tear down the great fences that divide us, to build discourse, and to find solutions together so that we may all be able to live here one alongside the other in serenity.”

Rabbi Melamed, who is a Rabbi in the Religious Zionist community, published an Op-Ed in the newspaper “Basheva” where he said that Reform and Conservative Jews should be allowed to pray in the Ezras Yisrael section of the Kosel and that the Kotel Rabbi should make sure that all of their needs and requirements are met, including having a sefer Torah made available to them. “Should there be a suspicion that other Jews will take over the Ezras Yisrael at the time when these communities want to daven there, the Rav of the Kosel will need to make them move to other locations, so as to allow for all Jews who wish to pray there feel like they are the beloved children of Hashem.”