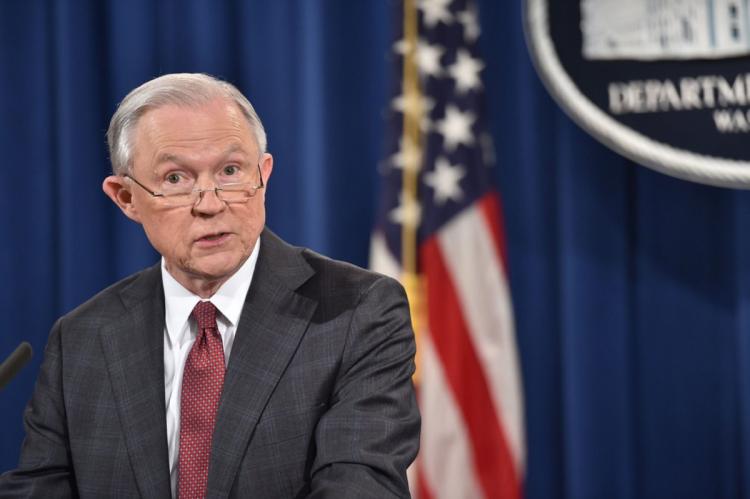 Attorney General Jeff Sessions, whose contacts with Russia’s ambassador to the U.S. during the presidential campaign have sparked questions, agreed Saturday to appear before the Senate intelligence committee as it investigates alleged Russian meddling in the election.

Sessions recused himself in March from a federal investigation into contacts between Russia and the presidential campaign of Donald Trump after acknowledging that he had met twice last year with the Russian ambassador to the United States. He had told lawmakers at his January confirmation hearing that he had not met with Russians during the campaign.

Sessions has been dogged by questions about possible additional encounters with the ambassador, Sergey Kislyak. Senate Democrats have raised questions about whether the men met at an April 2016 foreign policy event at the Mayflower Hotel in Washington. The Justice Department has said that while Sessions was there, for a speech by Trump, there were no meetings or private encounters.

Former FBI Director James Comey raised additional questions at a hearing on Thursday, saying that the FBI expected Sessions to recuse himself weeks before he actually did. Comey declined to elaborate in an open setting.

Sessions said his decision to accept the intelligence committee’s invitation to appear was due in part to Comey’s testimony. He wrote that “it is important that I have an opportunity to address these matters in the appropriate forum.” He said Deputy Attorney General Rod Rosenstein would appear before the subcommittees.

Briefing congressional appropriators on the Justice Department’s budget is a critical part of the attorney general’s job. The fact that Sessions would delegate that task to his deputy showed the Russia investigation was distracting him from his core duties.

Sessions did not say in the letter whether his appearance would be in public or behind closed doors. Comey testified in public and then met with the committee in a closed session to discuss matters touching on classified information.

Sen. Brian Schatz, D-Hawaii, said he was troubled that Sessions wouldn’t appear before the appropriations panel and that the apparent reason was “he does not want to discuss the scope of his recusal from the investigation regarding the 2016 presidential campaign as well as his significant interactions with Russian officials.”

“These are dark times if the attorney general of the United States is unwilling to answer questions under oath in an open session about his conduct or defend this administration’s budget,” Schatz said in a statement.