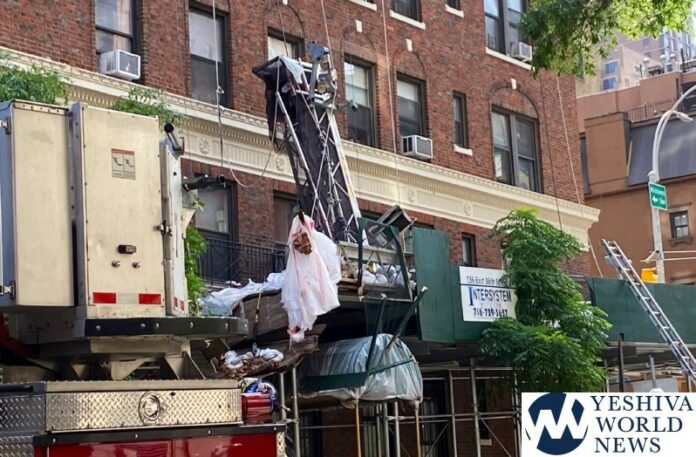 Two serious incidents occurred in Manhattan just blocks away from each other on Thursday.

At around 4:30PM emergency personnel responded to 136 East 26th Street near Lexington Avenue for a scaffolding collapse. According to FDNY officials, one worker was killed and two others were injured.

It did not appear that any pedestrians were hurt.

The Fire Department said the injured people were taken to the hospital.

It was unclear what led to the scaffolding collapse. The apartment building dates to the 1920s, city records show.

Building manager Halstead Real Estate said it was saddened by the collapse, and that it was under investigation.

@NYPDSpecialops and @FDNY rescue one worker after a window washing rig fell causing a scaffolding collapse in Murray Hill pic.twitter.com/etE0PWEcp1

The incident happened just blocks away from a four story building collapse that occurred at 211 East 34th Street shortly before 11:00AM.

Thankfully, no one was injured.